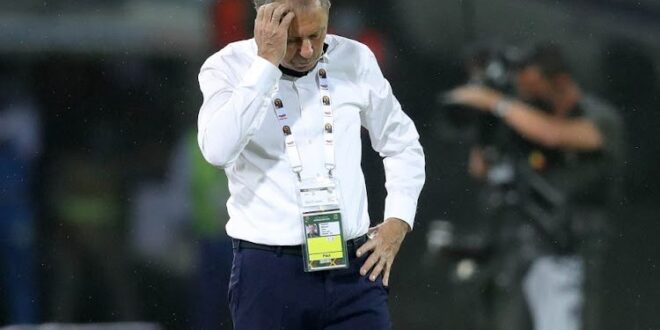 The Serbian leaves the Black Stars after just four months in charge.

Rajevac was appointed in September as a replacement for C.K Akonnor and guided the Black Stars to the playoffs of the World Cup qualifiers.

However, his reign was cut short after Ghana exited AFCON 2021 at the group stage, without picking up a single win.

Despite being one of the favourites, along with Morocco, to make it out of a group that also included Comoros and Gabon, the Black Stars finished bottom.

“The Executive Council after considering the three reports and engagements with key stakeholders has decided to end its relationship with Coach Milovan Rajevac and also decided that the Black Stars Management Committee be reconstituted,” the statement said.

“The Association would like to thank Milovan Rajevac and the Management Committee the very best in their future endeavours.”

The GFA added that it will announce new technical and management teams soon “after due engagement with all relevant stakeholders.”