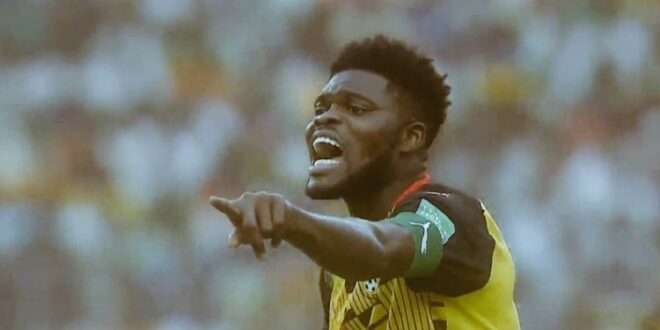 President Akufo-Addo has congratulated the senior national male soccer team, the Black Stars on their qualification to the 2022 World Cup in Qatar.

The team qualified on away goal rule after drawing with their West African neighbor, Nigeria, in a keenly contested qualifiers on Tuesday in Abuja.

In a Facebook post, he extolled the team’s “dogged display in Abuja,” indicating his pride about their performance.

He said their exploits against Nigeria has made the entire country proud.

“Warm congratulations to the Senior National Football Team, the Black Stars, for their dogged display in Abuja, and qualifying for the 2022 World Cup in Qatar. I am very proud of the team’s exploits. They have made the entire nation proud,” he said.

The Black Stars’ victory means the team go through to their fourth World Cup in five attempts having missed out on Russia 2018.

Otto Addo’s men went into the second leg against Nigeria in Abuja needing to avoid defeat to give themselves a chance of making it through to this year’s tournament.

That task seemed even more daunting as the two teams stepped out to the stadium-rocking chants from the home fans.

The Black Stars took a shock lead kind courtesy a strike by Thomas Partey before Nigeria equalized through a spot kick.

Despite the one all draw, Ghana’s away goal advantage saw it sail through to pick one of the five slots for Africa at the 2022 global football showdown in Qatar later in November.