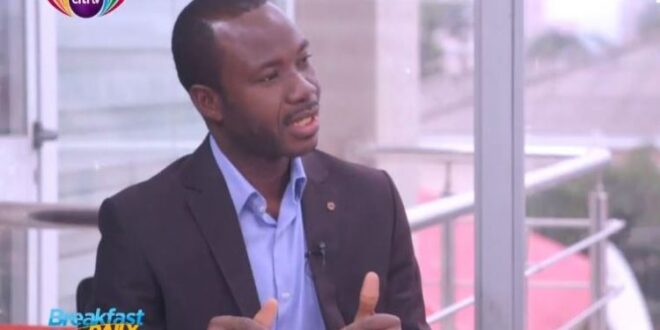 Cutting down expenses in economic slowdown not a good idea – Economist

An economist, Dr. Adu Owusu Sarkodie has advised government against cutting down on its expenditure.

Some individuals have advised government to cut down on its expenditure considering the current economic situation.

Former Finance Minister, Seth Terkper, for instance, believes not much revenue can be raked in with E-Levy.

Mr. Terkper noted that the government must consider its expenditure and make some cuts to help the situation.

Seth Terkper said, while in office and was faced with a similar challenge, the NDC government despite being in an election year, publicly went back on its promise to construct 150 E-blocks and instead constructed about 50, to enable it to channel its investments into other pressing expenditures.

Seth Terkper said the action taken by the NDC is a model the government can follow to navigate the current challenge.

Dr. Adu Owusu Sarkodie, however, does not think that will be a great idea in the present situation.

He says such suggestions are “ill-informed.”

“Besides, the expenditure we are talking about are very rigid in the budget. The compensation of employees, interest payments, statutory payments, can’t be cut, as they are backed by law. Doing this, is cutting down capital, goods and services,” he further argued.

“The example that is mostly given is the office of the president. Some of the projects like the free SHS, etc are under this office. If you advise government to cut down expenditure from there, you are advising it to stop free SHS, and One District, One Factory or you are asking it to relocate it to the sector ministries to be part of their budgets?”

He however agreed that government officials will need to tone down on their “lavish lifestyles.”

“That is why I am advocating for prudent spending. Yes, if it will take government officials using already existing cars among others, yes we will have to do that. We can’t expect to burden citizens while they live in luxury.“

”This is what I call prudent or efficient spending. Not cutting down on expenditure.”

Moody’s downgraded Ghana’s long-term issuer and senior unsecured debt ratings to Caa1 from B3, and changed the outlook from negative to stable.

It said the new rating reflects the woes of Ghana in fixing its liquidity and debt challenges.

The government has declared intentions of revitalizing the economy through the introduction of the electronic transfer levy.

Many have, however, argued that the e-levy is not a reliable means of generating revenue.