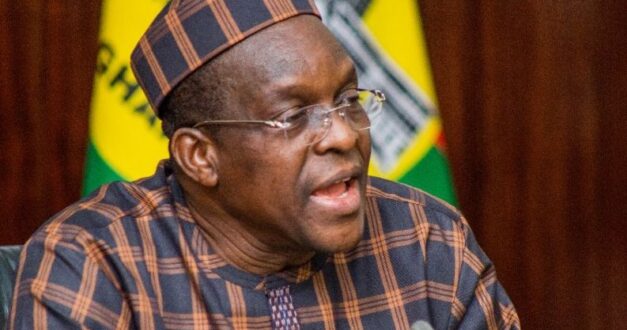 ‘You had no such power to arrest Sosu’ – Speaker tells Police

The Speaker of Parliament, Alban Bagbin has stated that the decision of the Ghana Police Service to arrest the Member of Parliament for Madina, Francis-Xavier Sosu was contemptuous of the House.

Addressing participants at a breakfast meeting in Kumasi, Mr Bagbin noted that although Parliamentarians are not above the law, constitutional procedures must be followed in the arrest and prosecution of MPs.

The Police have been on the heels of Mr. Sosu for his involvement in a violent demonstration over bad roads in his Constituency in October.

After the protest, Mr. Sosu reported that some Police officers tried to arrest him during the protest but were unsuccessful.

Subsequently, the Police sought permission from the Speaker of Parliament to invite the lawmaker to assist in investigations. However, Mr. Bagbin declined to release him.

The Ghana Police Service therefore declared its intention to petition the Supreme Court to seek interpretation of Articles 117 and 118, which have been used by Parliament to shield MPs from being arrested or interrogated.

But the Speaker of Parliament has disputed the Police’s assertion that the legislature is shielding the Parliamentarian.

According to Mr. Bagbin, MPs are not above the law as there is evidence of members of the House being currently under prosecution. However, the due processes must be followed to the letter.

“Nobody is saying that MPs are above the law, but in this particular instance of the Madina MP, I can put my neck for it, that you [the police] have no such power,” he said.

Speaker Bagbin further narrated that Mr. Sosu went through all the processes as required by law before the demonstration came off. Therefore, the invasion by the Police of the venue for the march is bewildering.

“That is obstruction and Article 122 is very clear on that. The move of the Police equals contempt,” he stressed.