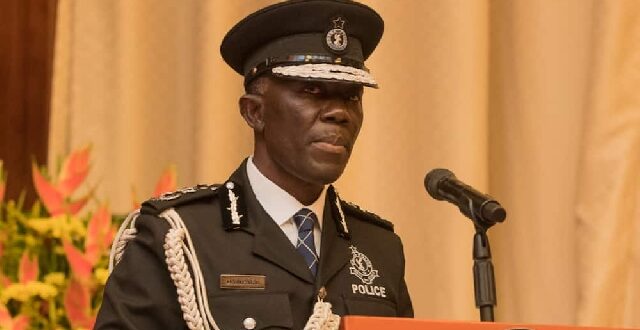 The Ghana Police Service has resolved to no longer show or display faces of suspects who are yet to be convicted.

This according to the Police forms part of their effort to become a world-class Police organisation and the best institution in the country, serving as a reference point in Africa and beyond.

To achieve this, the Service said it will have to demonstrate the highest level of professionalism in all policing endeavours.

The new resolution means faces and identities of suspects shall be fully displayed only when the suspects are properly convicted before a competent court of law, the Police said in a statement.

Also, suspects who are declared wanted by the courts with a warrant of arrest for various acts of offence, shall, where necessary, have their faces and other physical attributes published for purposes of identification, arrest and prosecution.

“We shall, however, continue to display the covered faces of suspects to announce their arrest and lawful detention in order to assuage the fears of people who feel threatened by them,” the statement added.

The Police is calling for public support in its transformation efforts.