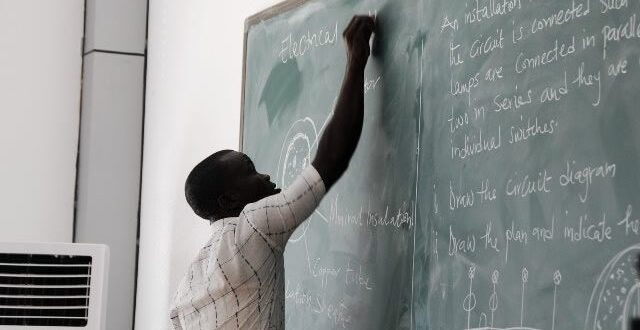 Teacher Unions in the basic education sector have kicked against the government’s change of the trimester-based academic calendar to a semester-based one.

The unions; GNAT, NAGRAT, TEWU, and CCT-GH in a joint statement said they are disappointed that for such a major decision, the government did not consult or engage them.

“We state emphatically that at no point in time were the Unions in Education consulted on such a major policy decision…Per our Collective Agreement with regard to our working conditions, major policies such as this should come for discussion and negotiation,” they said in the statement.

The unions said, among other things that, such a move will lead to a long school calendar and will have a negative effect on the health of pupils and education workers.

They consequently called on the Ghana Education Service (GES) to immediately withdraw the plan or risk having them fiercely resist it.

“We, therefore, call on the GES to immediately withdraw the policy, pending full consultations with the Unions in Education and other major stakeholders and do serve notice, that failure to do so would be resisted fiercely,” they said.

Among other things, GES said, the new system will help ease pressure on teachers, decongest the various schools, and help align academic calendars.

Some stakeholders and civil society organisations have already kicked against the move, saying that it is unrealistic and will be mentally draining.

Others insisted that the government failed to consult them, but the Deputy Director-General for Quality and Access of the Ghana Education Service, Dr. Kwabena Tandoh, in an interview on the Citi Breakfast Show, said all stakeholders were consulted and duly agreed with the plan before its announcement. 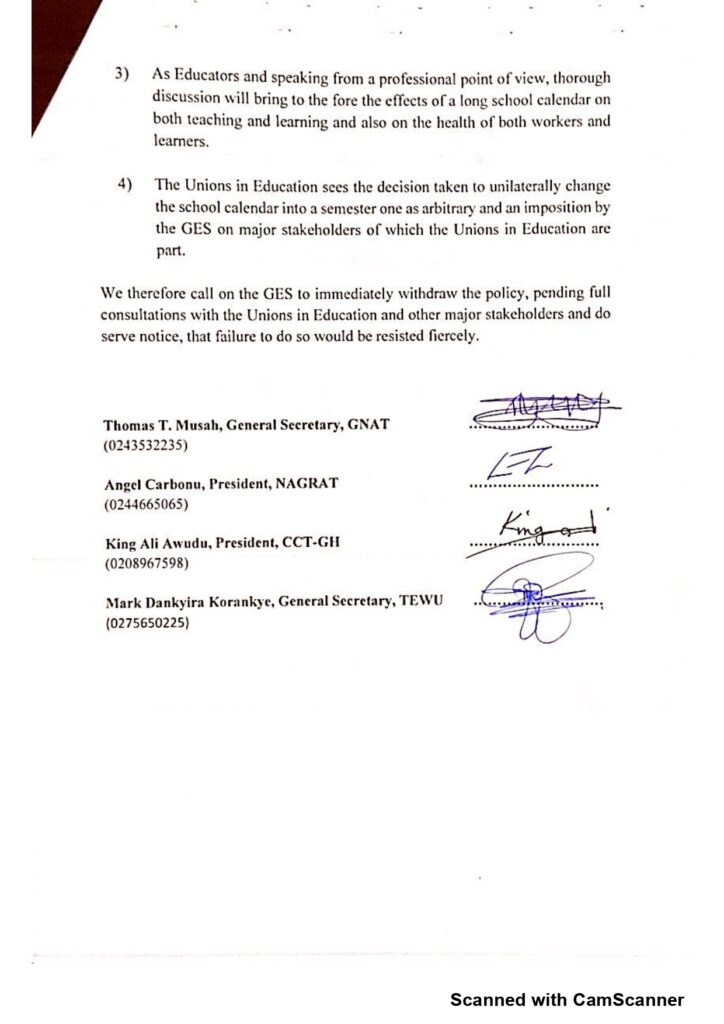 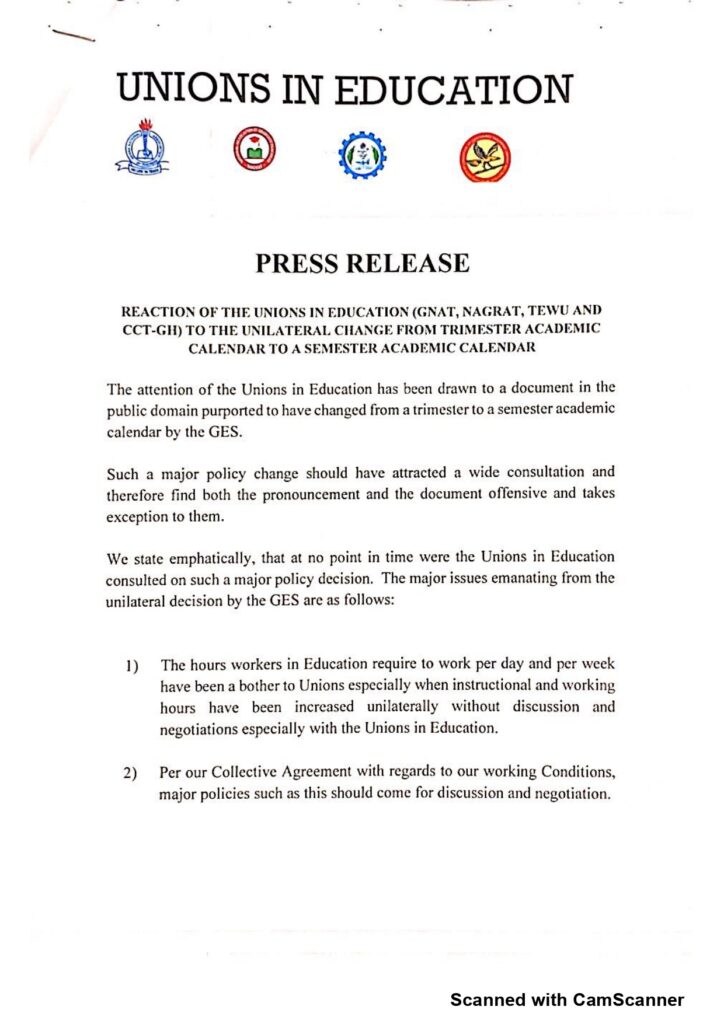 Second and third-year students in second-cycle schools will be heading back to school on February 7, 2022.

According to a Ghana Education Service release, the first years have a tentative reopening date of April 4, 2022.

All students in basic schools will return to school on January 18.