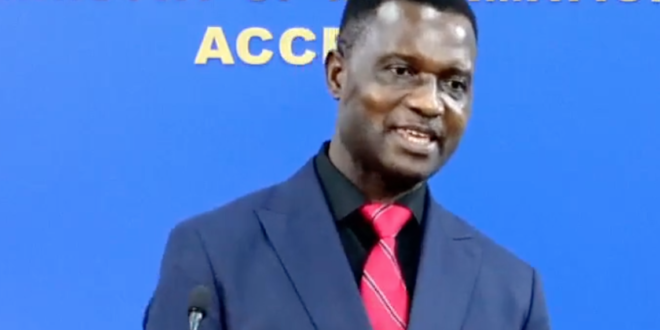 We are engaging UTAG to end strike – Education Minister

The Minister of Education, Dr. Yaw Osei Adutwum, has said his outfit is engaging the University Teachers Association of Ghana, UTAG, as its strike enters a fourth week.

“Unfortunately, university lecturers are on strike, but we continue to engage them as to how best we can get them back,” he said at a press conference on Sunday afternoon.

The Minister assured further that he was committed to the plight of teachers.

“As a Minister of Education, I have said I am a chief advocate for teachers and professors and when we find ourselves in this place. I do everything possible formally and informally, to make sure we come to some resolution,” Dr. Adutwum said.

The striking lecturers have so far ignored a directive by the National Labour Commission to return to work after their strike was declared illegal.

The Commission sued the association over its nationwide strike and urged the court to place an interlocutory injunction to compel the lecturers to return to work.

The strike has disrupted the academic calendar and left some students stranded on various campuses.