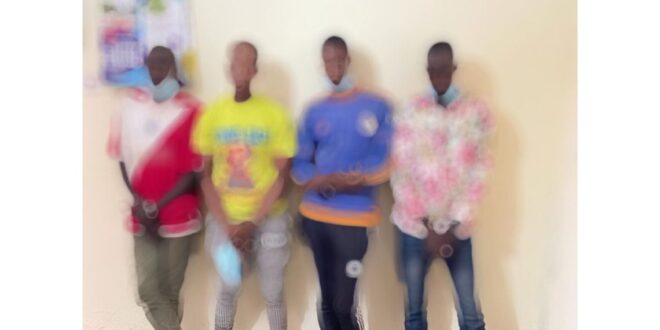 The Kpando Divisional Police Command in an intelligence-led operation, has arrested four suspects who attacked and robbed passengers on board a passenger bus and other motorists on the Kpando-Agbenoxoe highway last Sunday, January 9, 2022.

According to the police’s preliminary investigation, some of the suspects were invited from another region to engage in the robbery.

Four other suspects involved in the crime are said to be on the run, as the police say they have deployed the special anti-robbery team to pursue and arrest them.

The arrested suspects are in custody assisting investigation and will be processed for court.

Meanwhile, the police is appealing to the public to volunteer useful information that will lead to the arrest of those on the run.

The police also want passengers who fell victim to the robbery to visit the Kpando Divisional police station to assist in investigation.