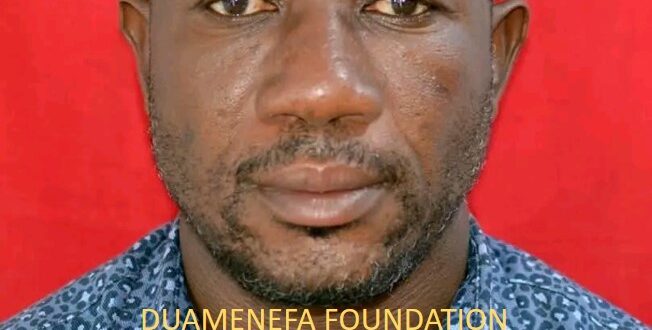 Bishop Mawuli Doe, the founder of Pastors Aiding Hands Association, PAHA, an organization of pastors from Ghana, Togo, Benin, Mali and Nigeria, with its office at Ve – Koloenu, in the Oti Region of Ghana lamented on Fafaa 100.3 FM that the PAHA organization has been duped by the NGO dubbed Borderless Mission Foundation Ghana to the tune of Ghc 87,450.00.

Bishop Doe alleged that the Borderless Mission Foundation under the country leadership of Apostle Joel Anku has promised to refund the above-mentioned money to the pastors of the association, but failed to honor his promissory note.

It would be recalled that the Borderless Mission Foundation Ghana, in a video hijacked by Fafaa FM, during its meeting with some group of pastors at Agbozume in the Ketu South Municipality of the Volta Region on the 4th day of June, 2019, has promised the pastors and their congregations that they have access to huge sums of stolen money of our former heads of state deposited in a Switzerland bank account.

According to the spokesperson of the Borderless Mission Foundation Ghana, the money has been approved to be given to their group because pastors are considered morally upright to manage such a huge sum of stolen money by our politicians, for humanitarian purposes.

The Borderless Mission would therefore build churches, train three children of eligible pastors from kindergarten to tertiary institutions and the pastors would be placed on monthly salaries, among others.

Speaking on the “Duamenefa” Social Intervention Program of Fafaa FM, Bishop Mawuli Doe claimed he was introduced to Joel Anku by a friend and he also led pastors In the Oti Region to register with various amounts of money, ranging from Ghc 20.00 to Ghc 250.00 from each congregant and pastor respectively.

He claimed he has spent his pocket money to organize events on behalf of the Borderless Mission in anticipation for the fulfilment of the aforementioned juicy packages.

According to him, on one occasion they went to register some pastors and congregants in the Katanga area of the Oti Region and in the process, they were arrested by the Dambai police command to produce the registration documents and the bank accounts of the Borderless Mission. The police retrieved the money and refunded the registered candidates for failure to produce the require documents to support their operations.

Bishop Mawuli is calling on Apostle Joel Anku to respect the refund agreement he signed with him and refund the money accordingly, since he doesn’t have money to pursue this matter in a court of competence jurisdiction.

All efforts by Fafaa FM to have the right of response from Apostle Joel Anku since 2019 has proven futile.

In another development, a Canadian trained civil engineer by the name Emil Senyo also claimed he has been duped by the same association to the tune of Ghc 28,000 and above.

While other aggrieved pastors and their congregants within the southern part of Volta Region, who claimed they have equally paid various sums of money through Bishop Cephas Korbla Nyamador to Joel Anku are equally lamenting for a refund of their money.

Watch out for further development………………….