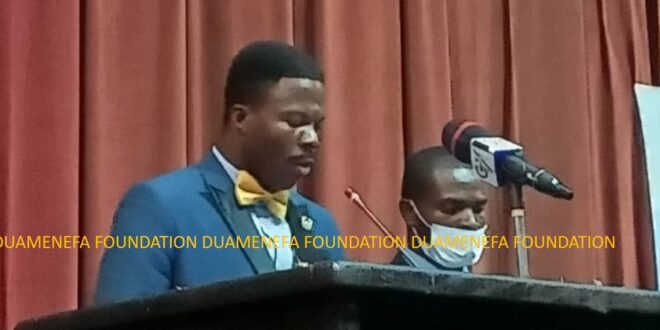 The Secretary to the Volta Regional Base Leader of the Borderless Mission Foundation Ghana, Mr. Selasie – Nuworkpor admitted during an interview on the Duamenefa Social Intervention Program of Fafaa FM Dzodze, on Thursday the 7th day of July, 2022 that he was mandated by Bishop Nyamador to register pastors and church members for three different categories of the largesse.

According to Mr. Sellassie – Nuworkpor, he was made to collect various sums of monies from the pastors and congregants per the instructions of Bishop Nyamador for the Borderless Mission Foundation -Ghana.

He further narrates that there was never a time the pastors and congregants were told that their contribution was non-refundable; instead, the pastors were promised in various meetings that their money would be used to open a bank account through which their monthly salaries would be paid.

It would be recalled in our previous publications, that the Borderless Mission Foundation had allegedly made pastors and congregants in most parts of Ghana to register with various sums of money to be qualified to enjoy the benefits of stolen money by our former heads of states, deposited in a bank account in Switzerland.

Some members of the Borderless Mission Foundation Ghana were arrested by the police in different parts of Ghana, over allegations of defrauding by false pretenses.

Reports were also made to the CID headquarters by one Engineer Emil Senyo, a Canadian-trained civil structural Engineer who is also alleging that he has been duped by the aforementioned NGO on false pretenses.