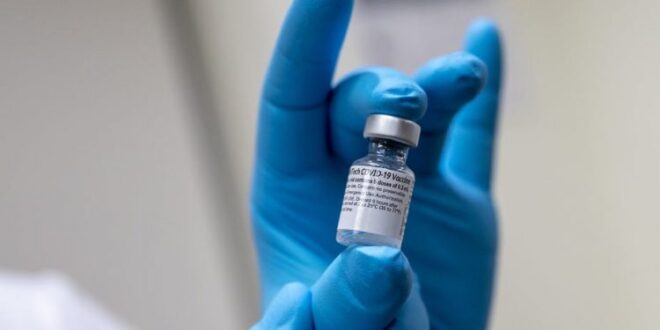 Large quantities of COVID-19 vaccines in the Volta Region have expired amid vaccine hesitancy in the region.

According to the Ghana Health Service in the Volta Region, vaccines that went to waste in the region during the last vaccination campaign were significantly above the national average.

“For the last campaign we had, the wastage we had was close to 10 percent which was way beyond the national average,” the Deputy Director in charge of Public Health, Dr Senanu Djokoto, said to Citi News.

He stressed that this was “unacceptable because one vaccine dose is $15 so if we are going to have that much expired, that is a lot of money lost for the country.”

Dr. Djokoto, however, said that this development must not reflect badly on health workers in the region.

“The fact that we have had some of the vaccines going bad or expiring does not in any way mean the health workers are not working. They are doing their best.”

He indicated that 230,000 people have received at least one dose of the vaccine in the region.

The region is still contending with low turnout at vaccination centres.

Dr. Djokoto said this challenge was despite the service having gone to “great lengths” to educate the people on the need to vaccinate.

“We know that we would be putting the more vulnerable people at greater risk if we don’t [vaccinate].”

Dr. Djokoto says his outfit is also having to battle misinformation on COVID-19 vaccine.

One problem has been a song that has gained popularity in the region.

“It wasn’t meant to be against the vaccine, but it can be interpreted easily to be an anti-vaccination song,” Dr. Djokoto added.

He added that the Ghana Health Service is in talks with the management of the musician to make sure such songs do not affect the public’s understanding of the vaccine.