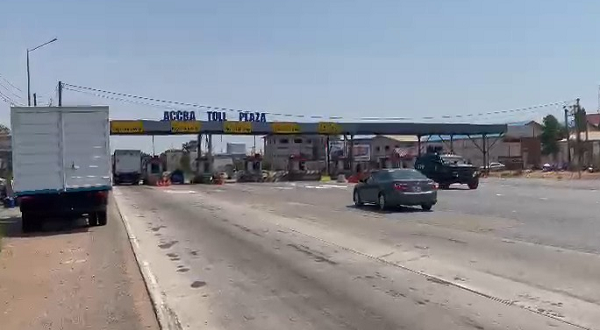 Some toll collectors at the Tema Toll Plaza have asked the government to pay them their outstanding salaries.

The collectors said over the past four to six months they have not been paid and that they were shocked to hear that the government has asked them to stop work.

Speaking to Graphic Online on Thursday morning, the collectors described a directive by the Ministry of Roads and Highways to them to stop operations as unfortunate.

“We have been working for the last four to six months and our salaries have not been paid. We woke up this morning only to hear that we should stop collecting the tolls. At least this should have been communicated to us much earlier to prepare our minds. We are at a lost and don’t know what to do now,” one lady collector told this reporter.

Mr Emmanuel Gyampo, a toll collector urged the government to ensure that whatever is due them was paid to them to enable them cater for their families.

Meanwhile, announcing the policy in the 2022 Budget in Parliament on Wednesday, the Minister of Finance, Mr Ken Ofori Atta said the toll collectors will be re-assigned.