Breaking News
Home / NEWS / The dollar has arrested Bawumia; we are looking for him – Mahama 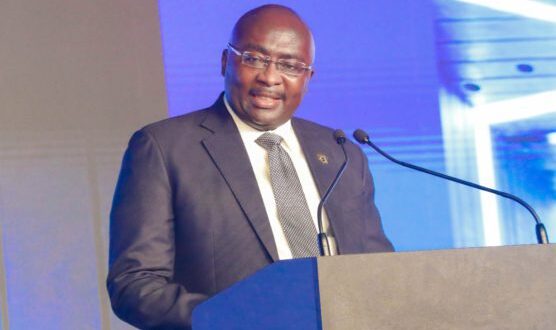 The dollar has arrested Bawumia; we are looking for him – Mahama

Former President John Mahama is seeking the whereabouts of Vice President Dr Mahamudu Bawumia amidst the increasing cost of living and worrying state of the country’s economy.

According to him, the New Patriotic Party (NPP), used false promises to convince Ghanaians to vote them into power.

However, the party, since assuming power has failed to deliver on its mandate despite the lofty promises ahead of the 2016 general elections.

Speaking at the launch of a mobile app for the Tertiary Education Institutions Network (TEIN), at the University for Professional Studies in Accra on Monday, Mr Mahama said the current state of the economy is an issue that requires prudent measures by government.

He, therefore, urged the once vociferous Dr Bawumia to speak up.

“We can’t find him. I asked the IGP if he had the key so that we could find where our Vice President was, but he said he doesn’t have it and doesn’t know his whereabouts”, John Mahama said.

JoyNews/AdomNews · The dollar has arrested Bawumia; we are looking for him – Mahama

Mr Mahama also accused the current regime of wastefulness and incompetence, which he said, have led to the poor state of the economy.

In his view, government’s responses to citizens’ plight have been the implementation of shabby policies, which do not address the situation.

Meanwhile, as part of efforts by government to improve the economy, Information Minister, Kojo Oppong Nkrumah, has revealed that all 16 flagship programmes of government will soon be reviewed to ensure their objectives are well achieved.

According to him, it is one of the decisions taken during the three-day cabinet retreat at the Peduase Lodge in the Eastern Region to mitigate the economic difficulties in the country.

“All the 16 flagship programmes are up to be looked at. The President has directed that the flagship programmes should be protected and fully implemented to ensure that the impact is achieved. However, he wants it done within the constraints of item number two, which is the fiscal framework we are working with.

“If based on the caps that we are working with we will have to rescope a particular flagship programme, we will do it and see how much we can achieve. So all the 16 are up for discussion; none is off-limit.

“Only that the President has laid down the red line that we will not compromise on the fiscal consolidation agenda because our real problem over the years has been a year-on-year deficit going out of hand,” he said in an interview with Accra-based Citi FM, Monday.

In a related development, Finance Minister, Ken Ofori-Atta, is expected to address the nation this week to communicate key measures taken by the government amid the current challenges.

A statement issued by the Information Ministry hinted that the update will include the reopening of land borders, the easing of Covid-19 restrictions, and measures to arrest the depreciating cedi.

“President Akufo-Addo approved a number of far-reaching measures aimed at mitigating the depreciation of the cedi, ensuring expenditure discipline and providing relief in the face of the global fuel price hikes and inflation as well as ensuring that priority programmes meant to grow the economy are protected.

Government appreciates the efforts of all who contributed to a successful retreat and looks forward to the support of all Ghanaians in implementing the agreed measures”, the statement added.