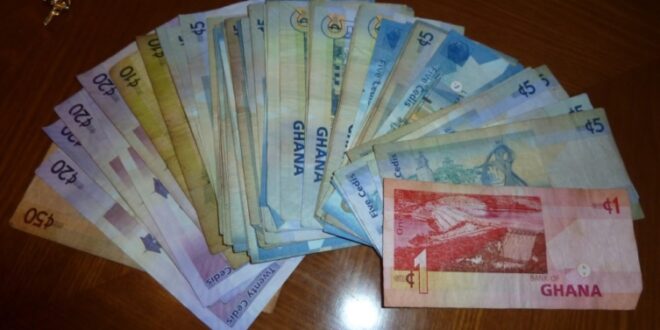 The cedi cannot be tamed by mere propaganda – Sammy Gyamfi

The National Communication Officer of the National Democratic Congress (NDC) has asserted that the cedi is the worst currency as it has depreciated by over 17% in 2022.

This, according to Sammy Gyamfi shows that the cedi cannot be tamed by mere propaganda from the government.

His comment comes after Vice President, Dr Mahamadu Bawumia stated that they “have arrested the depreciating cedi, brought down inflation, we have brought down the interest rate.”

Speaking at a press conference on Wednesday, Sammy Gyamfi said “this government has had access to more forex or dollars than any government in Ghana’s history, yet has failed woefully to maintain a stable currency due to their wastefulness and mismanagement of the economy.”

He revealed that the extravagance of the current government and the loss of investor confidence in the country have contributed to the devaluation of the cedi.

The Communication Officer reckoned that the Akufo-Addo administration spent recklessly under the façade of curbing COVID-19.

“This recklessness reach its crescendo in the year 2020 when under the guise of fighting COVID-19, government went on an election-driven spending spree leading to an unprecedented budget deficit of 15.7%. The confessions of one Felicia Tetteh, the NPP’s 2020 Parliamentary Candidate for the Sagnarigu Constituency and Vice Chairperson of the Northern Region captured on tape lends ample proof to how COVID-19 funds were doled out to NPP party functionaries and apparatchiks in the name of Covid-19 relief. It is this recklessness that has plunged the country into the bottomless pit we presently find ourselves.”

Mr. Gyamfi noted that the maladministration of the Bawumia-led Economic Management Team has resulted in huge deficits, thereby, depreciating the value of the cedi.

‘We only performed better than El Salvador, a country with a population of 6.8 million who have had to deal with a recent slump after adopting Bitcoin as its official currency. What an unenviable feat chalked by the Bawumia-led Economic Management Team. Indeed, NPP has the men- “what a solid team”!’’, he teased.

The NDC spokesperson therefore called on the Akufo-Addo administration to put drastic measures in place to stabilize the performance of the cedi.

The depreciation of the cedi has been an alarming situation in the country.

In the last month of the second quarter of the year, the Finance Minister, Ken Ofori- Atta, assured that the Bank of Ghana [BOG] is leading interventions to contain the depreciation of the cedi.

According to him, the Finance Ministry is also “complementing this effort through its fiscal consolidation measures and real sector interventions’’.

He said the implementation of the 30% cut in expenditures, as well as Cabinet-approved expenditure measures, are all helping to reduce the fiscal deficit.

He also affirmed that the cut in expenditures has reduced “pressures on the exchange rate.’’