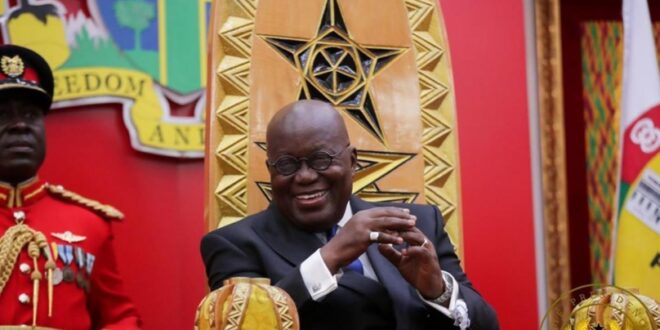 A founding member of the New Patriotic Party (NPP), Dr Nyaho Nyaho-Tamakloe, has expressed disappointment in how President Akufo-Addo is managing the country’s affairs.

According to the Diplomat, there is an enormous difference between the man who wanted to serve the country some decades ago and the incumbent head of state.

In his view, President Akufo-Addo has lost touch with the people and their needs.

“You see, the Akufo-Addo that I knew is not the one I see now. A lot has changed – especially where you talk of corruption. Series of examples are clear cases that should be sent to court [but nothing],” he said on Wednesday.

The outspoken politician further observed that the Akufo-Addo administration is saddled with numerous corruption scandals.

According to him, little is being done to fight the menace; therefore, the populace is slowly losing faith in the seat of government.

“The Special Prosecutor has been in office for over a year now; tell me, what he has done?” he quizzed.

Speaking on Accra-based TV3, Mr Nyaho-Tamakloe said, “They behave as if Ghana is a toy that is being joked with. But that is not the case. This is a nation, with people in it.”

“People have handled the nation before, and if you feel you want to handle this country, then you must know exactly what you are doing.”

As a founding member of the NPP, Dr Nyaho-Tamakloe said he was worried about his party’s direction.

Similarly, the country under the leadership of President Akufo-Addo is going on the wrong course.