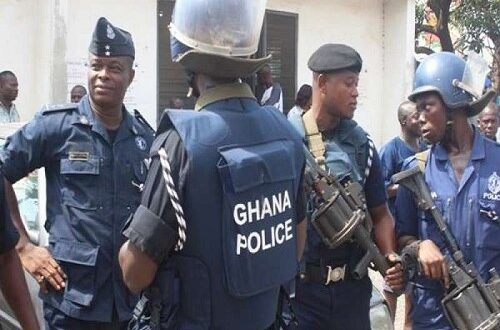 Nine persons have been arrested by the police at Teshie in the Greater Accra region, following a chieftaincy dispute which has resulted in a violent clash in the area.

One person is said to have sustained a gunshot wound in the leg, following the clash between two factions in the chieftaincy dispute in the area.

Speaking on Accra-based Citi FM on Friday afternoon, August 6, 2021, the Deputy Public Relations Officer of the Greater Accra Regional Police Command, Chief Inspector Kwame Danso, said the Division Commander is in a crunch meeting with opinion leaders in the area concerning the incident, all aimed at restoring peace in the vicinity.

“There is heavy security deployment there to ensure security,” he said, adding “The police is in control of the situation.”

He, however, said the police is yet to ascertain the cause of the disturbances in the area.