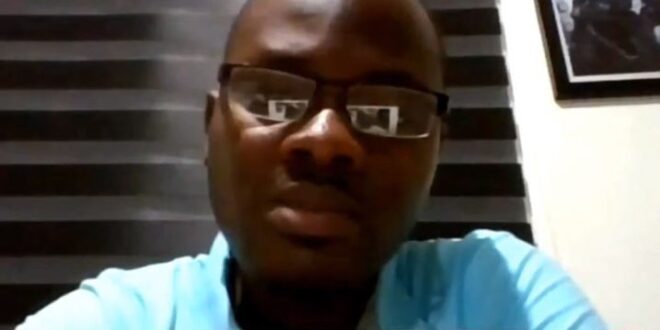 A Fellow of the Africa Education Watch, Divine Kpe has complained that teachers are forced to get their own materials for teaching purposes across the country.

According to him, some teachers have even resorted to the internet to get materials in order for teaching to be done. This, in his view, should not be the case.

“Any teacher would know that in teaching, you have to prepare a lesson note. The first reference should have been the curriculum and then you have moved to your textbook before any other reference would have come in. so now that we have the curriculum and then teachers can reference but the second most important thing, which is the textbook, we don’t have it to reference and it tells you that it a problem,” he stated on Monday.

This is due to the absence of textbooks to enhance teaching and learning processes two years after the introduction of the new curriculum.

Education Minister, Dr. Yaw Adutwum admitted to this when he appeared before Parliament last week Thursday to answer some urgent questions, including the procurement of textbooks for the implementation of the new curriculum.

According to the Minister, the government recognises the relevance of textbooks in education and is working assiduously to deal with the situation.

He added that once the relevant processes have been exhausted, distribution of textbooks will begin across all the regions and districts in the country

Speaking on PM Express on Monday on the issue, Divine Kpe noted that Africa Education Watch has also received a number of complaints from teachers on the impact the current situation is having on them.

“We [Africa Education Watch] have also carried a study to know the extent to which lack of textbooks in schools is affecting teaching and learning,” he added.

He noted that people in charge of putting the curriculum together could have waited for everything to be put in place before the implementation of the new curriculum.

This he said when done would have ensured the effective running of the curriculum.

“No one actually is hurrying us to implement that [new curriculum]. The other jurisdiction should have waited so that they ensure that things are in place,” he said.

According to him, when “the curriculum is started on a faulty note, we are very hardly likely to get it back on a good note.”