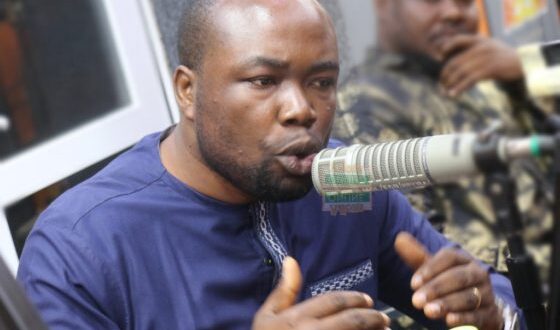 The confirmation of Metropolitan, Municipal and District Chief Executives (MMDCEs) has been inundated with reports of money being offered to assembly members to seek their endorsement.

In some constituencies, the president’s nominees were rejected despite claims that assembly members were influenced with money to give a one-touch victory for them.

This has sparked discussions with many holding the firm view that the future of Ghana’s local governance looks bleak.

A member of the New Patriotic Party’s Communications Team, Ernest Kumi, has admitted that the situation only suggests how deteriorated Ghana’s political space has grown to become.

He said the menace, if not addressed, will become worse because people think politicians hold all the money in the country.

“It is a clear scenario of the deterioration of our political establishment and it’s going to be worse in the near future. We know how it was previously, anybody that is a political watcher will agree with me that in the past, we complained about some of these behaviors and today it is worse and therefore as time travels, it is only ordinary for you to predict that it is going to worsen off.”

He added: “People think the politician signifies money, therefore, people have a higher expectation from politicians and think that once you’re nominated to serve in a political position, you’re rich.”

He, however, underscored that the Central Regional Minister, Justina Marigold Assan, was demonstrating skills of humility when she knelt to beg assembly members in Cape Coast to vote for the President’s nominee for Municipal Chief Executive Ernest Arthur.

“It doesn’t paint any picture. Going on her knees doesn’t change anything. I thought society wants humble people. She was only advocating for her candidate and she has every right to do so.”

Mr Arthur was initially rejected by the assembly members for the position when they voted on September 24. He polled 34 out of the 65 votes cast.

Thus, ahead of the second voting on Wednesday, October 6, Mrs Assan urged the Assembly Members to put their differences aside and vote for Mr. Arthur after she went on her knees to plead with them.