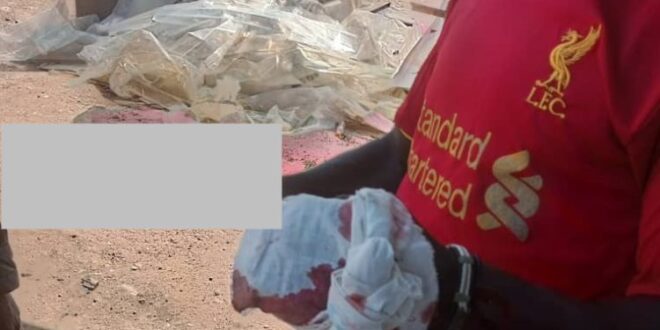 The Asafohene of Toansah in the Gomoa East District of the Central Region, Nana Ahmed, has been injured following an attack on him by persons suspected to be land guards.

The thugs inflicted knife wounds on him and nearly chopped off his fingers.

Nana Ahmed had personally led the police to arrest some suspected land guards at Toansah and decided to revisit the area to abreast himself with the latest happenings when the attack took place.

He narrated his ordeal to Citi News.

“The DCE earlier stated that they had banned the collection of digging fees and land guard activities. I earlier led the police to arrest some land guards who were working on land that did not belong to them. I went there again to inspect the land, only to meet these land guards.”

”They initially tried using a machete to hit one of my boys in the head, and I instead used my hand to prevent them, thus slashing my hand in the process. I want the IGP to arrest and deal with land guards in the area.”

But recent land guard activities are going against the directive.

He laments that his calls for an end to land guard activities have yielded no results.