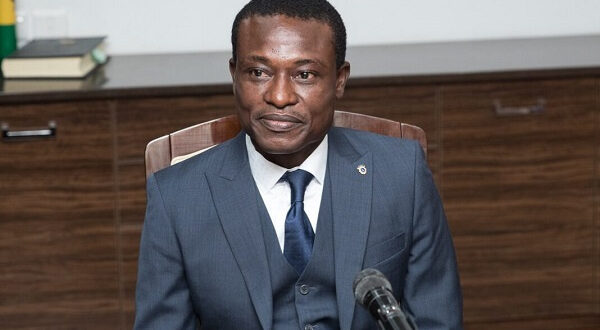 It seems the latest investigative report by the Office of the Special Prosecutor (OSP) on alleged corrupt activities involving Labianca Group of Companies and the Customs Division of the Ghana Revenue Authority has provided cause for further investigation into tax waivers.

This is because the OSP has decided to undertake a full-scale probe into all tax waivers granted by the Customs Division of the Ghana Revenue Authority to various companies.

According to JoyNews’ sources at the OSP, the investigation will include that of Labianca Group of Companies, a frozen foods company owned by a member of the Council of State, Eunice Jacqueline Buah Asomah-Hinneh.

The source also divulged that the probe is geared at considering a prosecution and will possibly partner with other key investigative agencies including the Economic and organised Crime Office (EOCO).

This revelation comes after the Customs Division refuted the Special Prosecutor’s claim against some of its officials in the case of Labianca Company.

The Commissioner of Customs, Col. Kwadwo Damoah (Rtd) who was indicted in the report accused the OSP of malicious intent with the aim to discredit the Customs officers.

However, the source says the OSP is unfazed by the comments of the Customs boss.

According to the source, the Special Prosecutor is determined to honour its pledge of combating the rot in the country’s system.

On Monday, the OSP published an investigative report which revealed that Miss Asomah-Hinneh’s company had a shortfall in import duties in excess of ¢1.074 million.

The OSP contended that Ms Asomah-Hinneh used her position as a member of the Council of State and member of the Board of Directors of the Ghana Ports and Harbours Authority (GPHA) to get a favourable decision from the Customs Division.

The report signed by the Special Prosecutor, Kissi Agyebeng, alleged that Ms Asomah-Hinneh’s influence-peddling led to a reduction in the tax liabilities for her frozen foods company, thus, gaining undue market advantage in the competitive frozen foods industry.