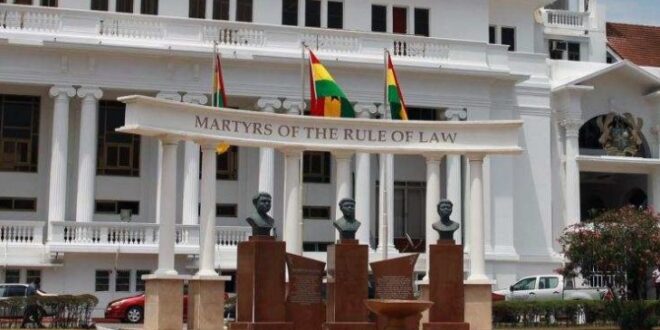 The neutrality of the country’s judiciary has been brought into question as the United States Department of State reveals that some judges were subjected to “unlawful influence and corruption” while adjudicating cases.

According to the 2021 Country Reports on Human Rights Practices, “Judicial officials reportedly accepted bribes to expedite or postpone cases, “lose” records, or issue favourable rulings for the payer of the bribe.”

The report noted that although the 1992 Constitution requires every judge to be impartial when hearing a case, some judges allowed themselves to be compromised.

It noted that “a judicial complaints unit within the Ministry of Justice headed by a retired Supreme Court justice addressed complaints from the public, such as unfair treatment by a court or judge, unlawful arrest or detention, missing trial dockets, delayed trials, and rendering of judgments, and bribery of judges.”

The government, however, “generally respected court orders,” the US State Department added.

This revelation is the latest among bribery scandals that has rocked Ghana’s judiciary.

In 2015, an exposé by investigative journalist, Anas Aremeyaw Anas uncovered the rots taking place in the judiciary.

Twenty-two circuit court judges and magistrates and 12 High Court judges were implicated in the published audio and video clips.

Subsequently, the affected persons were suspended for an investigation to commence into their behaviour.