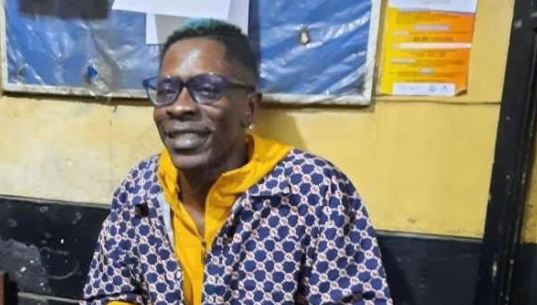 Kwame Appiah Kubi, Accra FM’s morning show host, has lept to the defense of Bishop Stephen Kwesi Appiah after the controversy over his prophecy that dancehall artiste, Shatta Wale, would be shot on October 18, 2021.

Though Bishop Appiah has been charged with causing fear and panic after his prophecy, which came on September 28, Mr. Kubi argued that it was Shatta Wale’s faking of a shooting incident that had alarmed the public.

“The question is that between the man of God and Shatta Wale, who is the one causing fear and panic,” he asked on Eyewitness News.

“If Shatta Wale himself is staging and making fun of the entire situation and walking free… what fault is it that the man of God has committed?”

Police has since arrested Shatta Wale and two other persons in his camp believed to have circulated the falsehood.

Mr. Kubi also criticised the conduct of police, who he said arrested Bishop Appiah on Accra FM’s premises in a Rambo style.

“The Rambo style in which the police in this country are doing their things is very bad. We must condemn it,” the broadcaster stressed.

When they accompanied the bishop to the police station, he said there was no indication that anyone had lodged a complaint against the man of God.

“Is this by the invitation of the police, they [the police] said no,” Mr. Kubi said, recalling the queries made at the police station.

“The crime officer at the regional police command did not even know and did not have an idea about the arrest of the man and did not actually know who gave that command for him to be picked up,” he added.