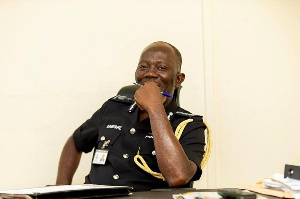 Police warn prophets ahead of New Year Watch Night services
Pastor arrested for prophecy on Shatta Wale
Prophets usually relay prophecies on December 31
A private legal practitioner, Sammy Darko has challenged a statement by the Ghana Police Service in which the institution seeks to regulate prophecies by religious leaders.

Sammy Darko in a social media post argued that the police have no such power to prosecute pastors for making prophecies.

He further dismissed the statement, arguing that the police cannot hide behind power of arrest to intimidate pastors.

He advanced the argument that the police will be suppressing freedom of expression and prophecy if it arrests any prophet for making some predictions come December 31, 2021.

“You want to use section 76 of Act 775 ( Electronic Communications Act, 2008) as amended and section 208 of Act 29 ( Criminal Offences Act) as amended to suppress freedom of expression and prophesy?
“The only weapon you have and you are abusing is power of arrest. After all, even if the person is arrested and you are unable to sustain a charge, you know many Ghanaians will not sue and even if they sue it’s not your pay that will be used to pay for those judgment debts. And this is all because some lawyers and Ghanaians agreed with you when you arrested a pastor? How far with that trial?

“Let’s not encourage aberrations of laws more particularly on free speech. Even Li2224 was shot down by SC. A law as important as controlling media content and you want to control what people say. Law on fear and panic is for grave conduct that causes alarm and false communication is for false information that disrupts or affects life-saving services or endanger people and means of transport.

“Anyway, I just blame our law makers and the executive. Section 208 should be amended and or scrapped completely and education made on section 76 of Act 775,” he shared on social media.

The Ghana Police Service on Monday issued a statement, prompting prophets on the need not to make prophecies that cause ‘fear and panic’.

“It is also a crime for a person, by means of electronic communications service, to knowingly send a communication that is false or misleading and likely to prejudice the efficiency of life-saving service or to endanger the safety of any person,” the statement added. 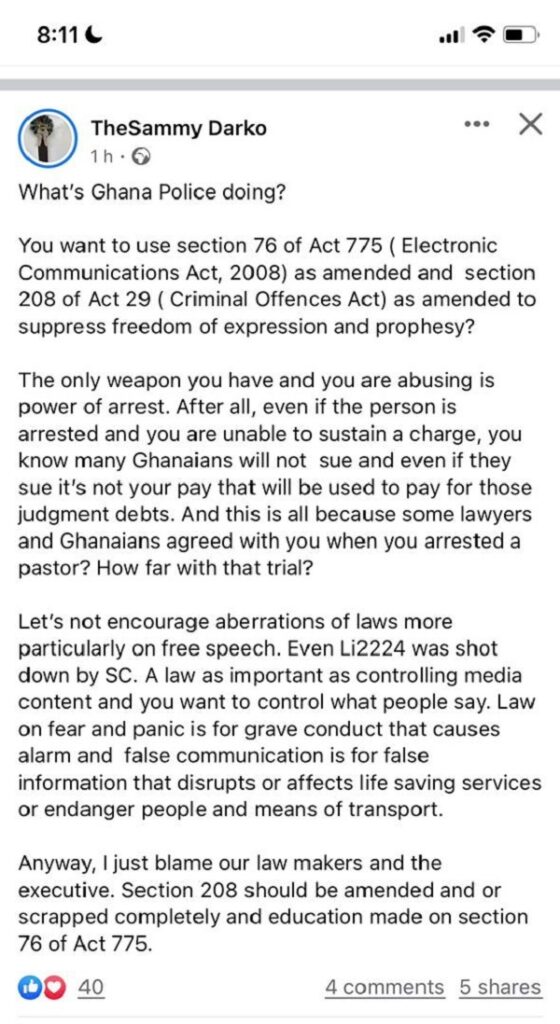