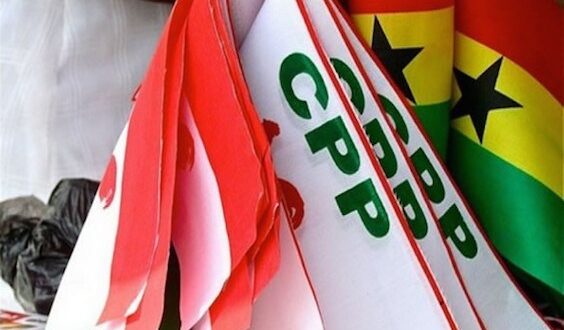 Running to IMF a lazy approach, gov’t must apologise to Ghanaians – CPP

The Convention People’s Party (CPP) has described going to the International Monetary Fund (IMF) for support as a lazy approach.

In a statement, the party also said that this was a short-term measure.

“Ghana has gone to the IMF for a bailout 17 times and does the Akufo-Addo and Bawumia Government believe this 18th time would create the magic wand that would salvage the Ghanaian Economy? We in the CPP believe that a run to the IMF is a lazy man’s approach to solving the problem as well as a short-term fix which cannot redeem our damaged economy.”

“The CPP thinks it is unfortunate that the Nana Akufo-Bawumia government need an outside body like the IMF to hold them to a fiscal discipline regime where they will be forced to be prudent and to have a plan aimed at prioritising spending,” the party said.

The CPP also called for an apology from the government for “putting us in this mess and reneging on all their promises to Ghanaians.”

“There is no doubt that the IMF and its programs are neo-colonial very imperialist in nature and, with no indication to make life better for the Ghanaian, but today this is where we find ourselves, hooked in and bound to the Apron strings of the IMF because somebody did not do their job well.”

The government announced last Friday that it would hold formal talks with the IMF.

Ghana’s economy is in distress as it currently has a total public debt stock of GH¢391.9 billion, as of the end of the first quarter of 2022.

The cedi is also the worst-performing African currency, having weakened 22 percent against the dollar this year.