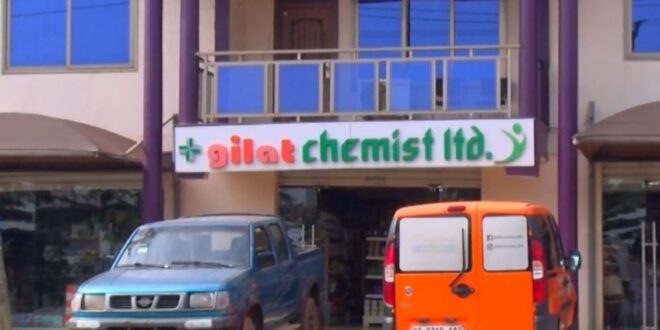 He got shot in the stomach by suspected armed robbers but managed to drive about four miles while bleeding, to receive emergency care at the Komfo Anokye Teaching Hospital.

That is the story of Pharmacist Aaron Ohene Agyei, the CEO of Gilat Chemists Limited, after his pharmacy was robbed by gunmen at Agric-Kromoase in Kumasi.

The robbers made away with some cash and mobile phones in the latest of attacks on pharmacies in some parts of the country.

According to Luv FM’s Erastus Asare Donkor, as the gunman was leaving he spotted Aaron in his car close to the shop.

He shot the pharmacist in the stomach and sent another bullet into his vehicle’s tires.

Bleeding profusely and in pain, Aaron drove about four miles from Kromoase to the Komfo Anokye Teaching Hospital’s emergency centre.

Police are yet to effect any arrest or issue any official statement on the latest robbery.

The incident comes in the wake of robbery attacks on pharmacies in parts of Accra.