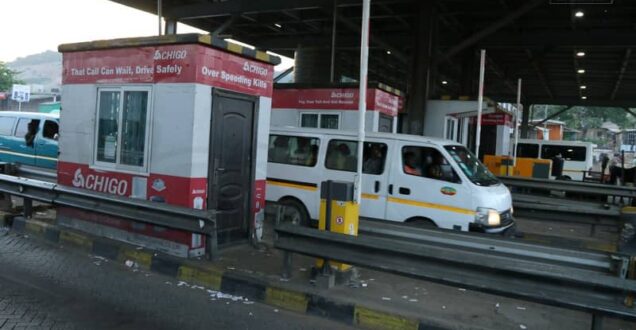 Deputy Minister of Roads and Highways, Stephen Jalula has explained that the government’s policy to cancel collection of road toll remains in force.

His explanation comes on the back of the Finance Minister’s announcement that the Accra-Tema Motorway will be tolled after the rehabilitation and extension project is completed.

“The Government of Ghana shall provide funding through GIIF to take equity in the Special Purpose Vehicle to be created by GIIF for the project,” Mr. Ofori-Atta mentioned.

Speaking in an interview with JoyNews on Monday, the Deputy Minister said any decision to reintroduce road toll will be laid before Parliament for further action.

He emphasised that the announcement by the Finance Minister does not apply to all roads.

“My understanding is that the policy has not changed and it is not going to change under this new statement that was read. What he [Finance Minister] did say was that the Tema Motorway will be done under PPP and the road will be tolled. If subsequently, the government decides to change the policy on the road tolling, that one will come to Parliament for consideration,” he stated.

On November 17, 2021, the government revealed motorists who ply tolled roads across the country, will no longer be required to pay tolls.

“Government has abolished all tolls on public roads and bridges. This takes effect immediately the Budget is approved,” Mr. Ken Ofori-Atta said while presenting the 2022 budget to Parliament.

However, Finance Minister, Ken Ofori-Atta while presenting the mid-year budget to Parliament for approval on Monday announced that government will toll the 27.7-kilometer Tema Motorway road project after completion.

The project he said will be done in line with the Public Private Partnership Act, 2020 (Act 1039) to establish a concession agreement between the Ghana Infrastructure Investment Fund (GIIF) and the Roads and Highway Ministry.

“The completed road will be tolled to recover the whole life cost of the completed infrastructure as well as pay lenders and provide a return for equity investors”.

“The Government of Ghana shall provide funding through GIIF to take equity in the Special Purpose Vehicle to be created by GIIF for the project,” he mentioned.

“All new roads of this nature will be tolled,” he stressed.