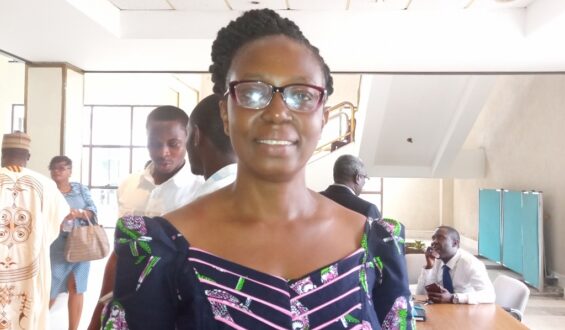 The Executive Secretary of Ghana Anti-Corruption Coalition (GACC) has expressed worry that although resources are purportedly being invested in the fight against corruption, its intended purpose, that is to end the canker, is not being felt.

Speaking on JoyNews’ Newsfile, Mrs Beauty Emefa Narteh noted that every Ghanaian must be worried about this situation.

“Our worry is that if we are actually putting in a lot of resources and the data we have is not consistent with the resources being pushed into the fight against corruption, then every Ghanaian should be worried.”

She told host, Samson Lardy Anyenini: “The President if you recall, when he went for the bar conference talked about the kind of investment he has made in the resource allocation and he even repeated same when we met with him in terms of the investment he is making to support the fight against corruption.

Mrs Beauty Emefa Narteh, therefore, questioned how these resources have been utilized and if they are being used for its primary purpose.

“That is why we feel that questions should be asked. Are the resources being used to effectively support the work that should be done? Are the strategies for the resources in consonance with for instance, the National Anti-corruption plan, which is Ghana’s ten-year strategy we adopted in 2014? So if the National Anti-corruption plan, we agreed on a holistic approach to the fight against corruption, if we are effectively supporting that with resources, are we implementing it as suggested.

“If not, why and if yes, why are we not getting the results,” she quizzed.

Her comments come after President Akufo-Addo during a meeting with the Ghana Anti-Corruption Coalition at the Jubilee House reiterated his commitment to fight corruption.

He then revealed that his administration, since 2017, had increased resource allocations to anti-corruption institutions such as Parliament, the Judiciary, Police, EOCO, and CHRAJ, among others.

“I don’t think that any government has mobilised resources to give the opportunity for anti-corruption agencies of the state to function as efficiently as this government has done. It is a matter of record,” the President added.

But according to the GACC Secretary, the President should interrogate how the resources have been used and also “reflect so that we can identify the shortcomings and re-strategise so we can have the benefits of the resources being invested.”

For Mrs. Beauty Emefa Narteh, she is hopeful that the President will have a critical look at the data presented to him by the coalition. The data includes the Auditor-General’s recent report, which according to her, makes mention of several irregularities that have doubled over time.

“I don’t think the President will want to waste the nation’s resources. So he will want to look at the data,” she opined.

President Akufo-Addo during his interaction with the Coalition, expressed discontent about the politicisation of alleged corruption-related issues.

But in response, Mrs Emefa Narteh says it has been the norm for government not to be pleased with Civil Society Organisations (CSOs).

She explained on Saturday that it is usual for governments while in opposition, to consider the views of CSOs as credible when they assess the performance of governments.

“From my experience, CSOs over the years have always been branded by government. We’ve had governments always thinking CSOs are out to do things that may not be in their favour. But interestingly, the trend also shows when these governments are in opposition, suddenly, it is the same resources that CSOs churn out that these same parties in opposition use for their political campaign.

“I don’t think this is new, but I can confidently say for the Ghana Anti-Corruption Coalition and our partners we engage, that any resource we put out there is holding government to account.”

“We have been consistent in holding governments to account. It is on record that the NDC accused CSOs of being rather harsh on them as compared to the NPP government. It only shows that we are doing our work,” she concluded.