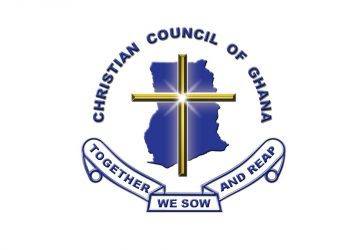 The Christian Council of Ghana says it is working with its members to ensure that churches in the country are safe, following a caution from the National Security Ministry over being a potential target for terrorist attacks.

According to the council, all churches under its umbrella have been directed on steps to take to protect the lives of their members in the wake of the threat, and regular trainings are being done in this regard.

In an interview with Citi News, the General Secretary of the Christian Council of Ghana, Rev. Dr. Cyril Fayose said all church members must look out for each other during this period.

He said, among other things, churches have been advised to build fence walls around their premises and also have their ushers trained to spot irregular behaviour.

“We have trained many of our member churches on exactly what to do. Some of the things required are having a fence around your premises and making it gated. Also have security guards and train the ushers to be able to identify strange persons and objects within the premises,” he said.

Meanwhile, the spokesperson to the National Chief Imam, Sheikh Aremeyaw Shaibu, says mosques are being urged to install CCTV cameras and also hire the services of security analysts to give insights into security happenings within the community in which they operate.

“We have urged mosques and management committees to consider the use of CCTVs in the mosques. One other measure is to consider hiring security personnel to guard the mosques and engage the services of security analysts who from time to time will give them updates on what is happening within the community,” he said.

The Ministry of National Security last week urged religious groups to be extra vigilant as they may be targets for terrorist attacks amidst intelligence that Ghana is at risk of an attack.

The announcement has driven many institutions to put in place extra security measures to stay safe.