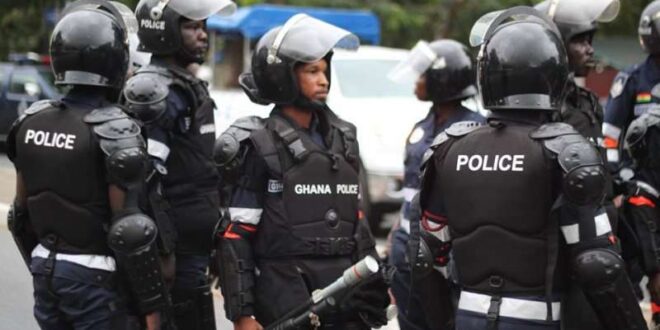 A convener of the #FixTheCountry campaign has petitioned the Inspector General of Police (IGP) James Oppong-Boanuh to release the total number of injunctions the Ghana Police Service has procured to stop demonstrations from being held in Accra since the Public Order Act (Act 491) was passed in 1994.

Oliver Baker-Vormawor, in his letter dated June 3, stated that he is making the request based on his right as stipulated in Article 21(1)(f) of the 1992 Constitution of Ghana and section 18 of the Right to Information Act, 2019, (Act 989).

His request comes after the Service on May 6, securing a High Court restraining order to bar some agitated youth from embarking on a planned protest on May 9.

The order which was granted by Justice Ruby Aryeetey prevents the group from proceeding with the protest march on the said day “or any other date until the restriction on public gathering is lifted.”

According to the Head of Public Affairs at the Accra Region Police Command, “the restraining order follows an affidavit filed by the police against convenors of TheFixCountry protest march pursuant to Section 1(6); of the Police Order Act, 1994 (491).”

“The Accra Regional Police Command is hereby drawing the attention of the general public, especially organisers or conveners of FixTheCountry protest march, their associates, officers, agents, assigns and workmen, to the restriction order and compliance,” the police statement further explained.

However, Mr Baker-Vormawor, in the letter, requested a copy of other records of all notifications given to the Ghana Police Service regarding an intention to demonstrate in Accra since the coming into force of the Public Order Act (Act 491) in 1994.