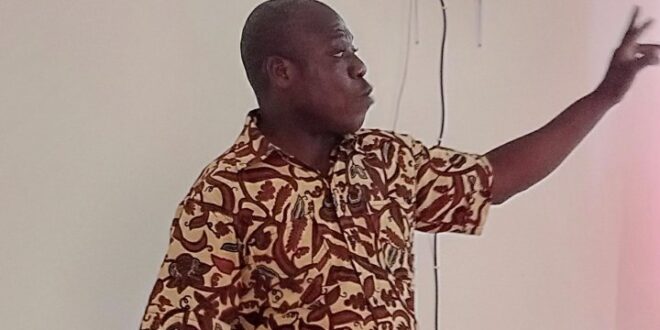 Police/NRSA to enforce use of approved lights on vehicles

Police Superintendent Stephen Tenkorang, the Bono Regional Commander of the Motor Traffic and Transport Department (MTTD) has said unapproved lights on vehicles were contributing to rising cases of road crashes and fatalities on the nation’s highways.

He therefore cautioned particularly users of commercial vehicles to use standard and approved lights certified by the Driver Vehicle and Licensing Authority (DVLA) to help control road accidents in the country.
P/Supt. Tenkorang said offending drivers were liable to 25 penalty units or imprisonment not less than 30 days or both.
Speaking at a stakeholders’ meeting organised by the Bono Regional Office of the NRSA on Thursday in Sunyani, he said the Police with support of the DVLA and the NRSA would soon begin an enforcement exercise of the Regulation 65 of the Legislative Instrument (LI) 2180, 2012, saying offending drivers and vehicle owners would be prosecuted accordingly.
Attended by commercial drivers, representatives of transport unions and road sector agencies including DVLA and the Ghana Highway Authority, the meeting among others aimed at sensitizing particularly, commercial drivers and members of transport unions on the Regulation 65.
P/Supt. Tenkorang explained that apart from fog and head lights, drivers and vehicle owners who fixed any additional lights breached the LI and culprits would be sanctioned.
“Vehicle owners and commercial drivers who failed to emboss their vehicles with two number plates also committed traffic offences. They must also ensure that their number plates are visible,” he advised.

Mr. Kwasi Agyenim-Boateng, the Bono Regional Head of the NRSA, said preventing road accidents remained a shared and collective responsibility and appealed to all stakeholders to contribute their quota for the safety of the citizenry.
He said the Authority had intensified road safety education in the region, and advised commercial drivers and all road users to comply with road traffic regulations.
Mr. Agyenim-Boateng expressed appreciation to the DVLA and the MTTD for their collaborations and expressed the hope that the existing relationship between the Authority and road sector agencies and transport unions would be deepened for mutual benefits.
He said the role of drivers, commuters and transport unions in curbing road crashes was crucial and advised drivers to always check their lighting systems, brakes and tyre pressures in addition to going for periodic vehicle maintenance.
Mr. Gabriel Kwame Okyere, Principal Assistant, Transport at the NRSA, said vehicles that used green or blue lamps committed a road traffic offence, saying the standard or required lamps were only yellow and white.
The commercial drivers and transport unions expressed concern about deplorable conditions of roads and highways in the region, and appealed to the government to rehabilitate them.
They noted many potholes developed on some of the major highways in the region coupled with the construction of illegal speed ramps frustrating unsuspecting drivers and caused road accidents.
Source: www.gna.org.gh
2021-10-01
fafaafmonline_editor