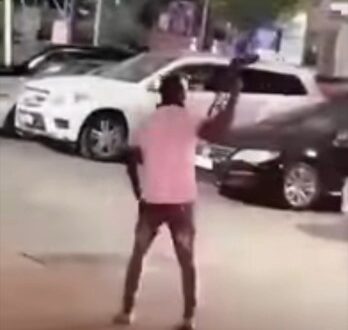 The man who went viral after firing an assault rifle into the air at the A&C Mall and East Legon on December 31, 2021, has been arrested.

He has been identified as Flt. Sergeant Nicholas Owusu Frimpong.

Police said the arrest was done in collaboration with the Military Police.

The suspect was arrested following Police investigation into the incident of a young man captured on video footage firing several shots of a firearm at A&C Mall purportedly to welcome the New Year, 2022.

“The suspect, Flt. Sergeant Nicholas Owusu is currently detained by the Military Police whilst investigations continue,” police said in a statement.

The police had earlier offered a GH¢5,000 reward for information leading to his arrest following the incident.

The police further urged the public to be “guided in their celebrations and desist from acts that compromise public safety and order.” 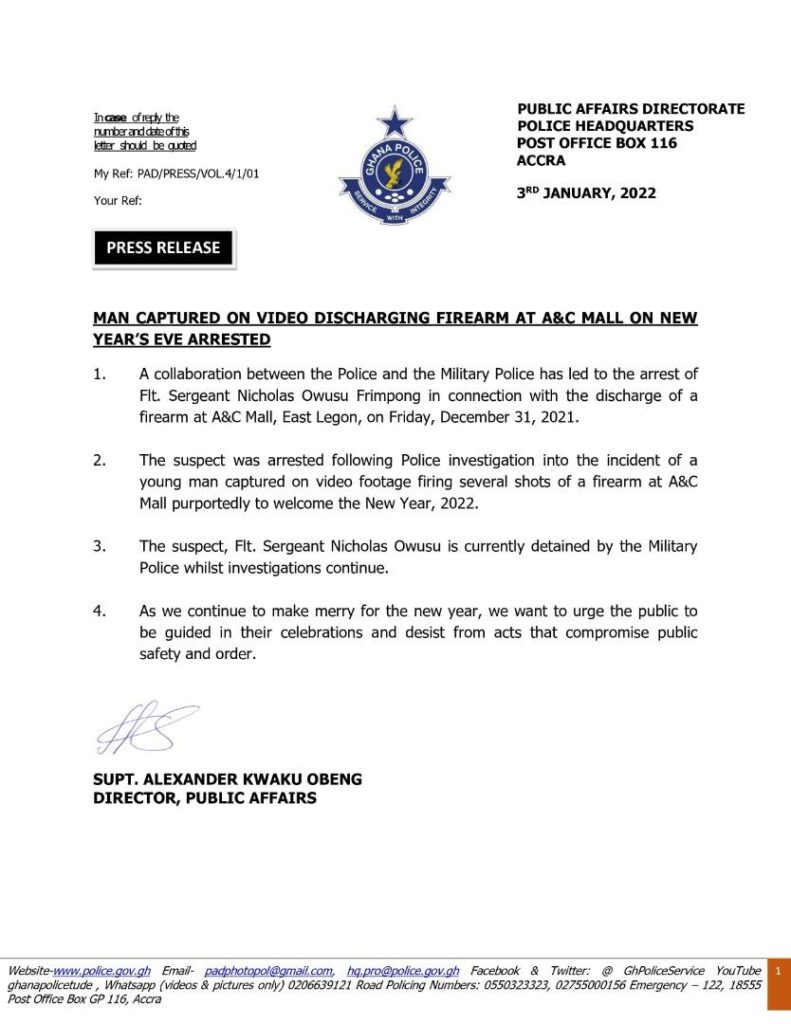