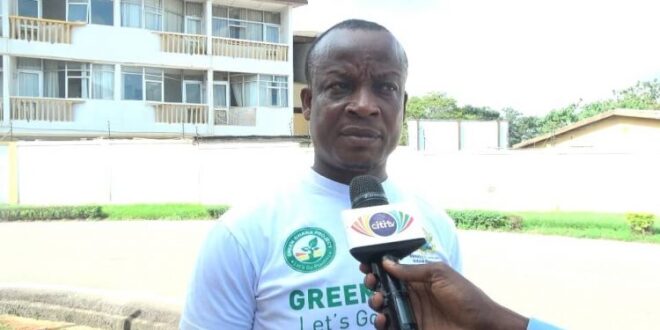 Assembly members in the Kumasi Metropolitan area have threatened to reject President Nana Addo Dankwa Akufo-Addo’s nominee, Samuel Pyne as the Kumasi Mayor if the government fails to clear over GHS50 million debt the Assembly owes.

They say the Assembly’s indebtedness has significantly contributed to the underdevelopment of Kumasi.

Speaking to Citi News, Presiding Member for the assembly, Stephen Ofori, said the Assembly will not approve any nominee unless all their debts are cleared by the government.

“We have some debts that the government has to pay for us and it is not a debt that we are supposed to pay. It was under former President Kufour’s era that he tasked the assembly to take up those projects and promised to bail us on those projects but after he left power and NDC took over, they paid for Accra and Tema and left Kumasi and that debt has been on our neck over the years.”

“So we are saying that if the government does not settle that debt for us, no individual will occupy that seat as Mayor.”

Reacting to the concern, the President’s nominee, Samuel Pyne, appealed to the assembly members to rescind their decision.

According to him, the decision if upheld will not augur well for the development of the city.

“I will appeal to them to rescind that thought or decision because if the government is unable to settle that debt as they are saying, then you will continue to reject nominees. It is not going to augur well in the development of the assembly. Is it going to augur well for the development of the city? So they need to take a second look at that decision.” 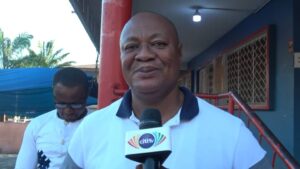 Mr. Samuel Pyne added that he believes he is very much competent to occupy the position and will drive development in the metropolis.

“Once I started the process and knowing my capabilities, I knew I would be nominated for that appointment. Apart from being a professional teacher, I am so much knowledgeable in local governance. I have been an assembly member on three occasions- not as a government appointee but as an elected assembly member. When we started this assembly concept in 1989, I was part of it. I think I was the youngest at the time. I have always been a member of the executive committee at the local level. I always chair a committee. I also hold about two degrees in local governance, administration, and sustainable development and leadership.”

“So that knowledge puts me ahead. So I believe with the help of the populace of Kumasi, the traditional authorities, with all political parties and other stakeholders, we are going to restore the glory. Certain things are premium- sanitation, security, congestion within the central business district, indiscipline around and all that are things that I need to tackle with my team”

Nine persons including the then incumbent, Osei Assibey Antwi indicated their willingness to take up the position.

Mr. Osei Assibey Antwi later withdrew from the race. He has now been appointed as the executive director of the National Service Scheme.

In the Ashanti region, some of the key nominees for various municipal and district assembly positions include; former MP for Nhyiaeso Kennedy Kankam for the Asokore Mampong municipality, Kingsley Osei for Ejura-Sekyedumase, presiding member for Suame municipality Maxwell Ofosu Boakye as Suame MCE, Hamidu Sulemana for Sekyere Afram Plains, Lord Inusah Lansah for old Tafo municipality among other persons.

This was made known on Sunday, September 19, 2021, by the Minister for Local Government, Dan Botwe at the minister’s press briefing.

Sam Pyne is expected to take over from the outgoing Mayor, Mr. Osei Assibey Antwi who has also been appointed as acting Head of the National Service Scheme (NSS).