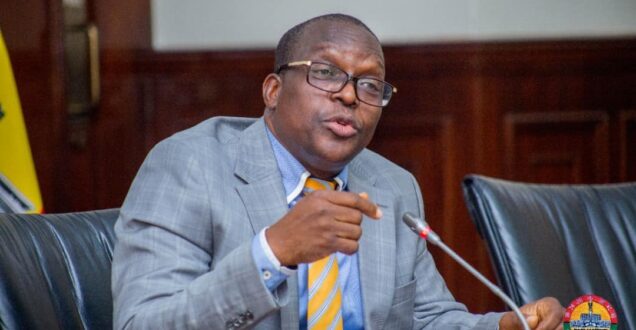 The Speaker of Parliament has announced that the Committee on Constitutional, Legal and Parliamentary Affairs’ debate on the Promotion of Proper Human Sexual Rights and Ghanaian Family Values Bill, popularly known as the Anti-LGBTQ+ Bill, will be made public.

Alban Bagbin speaking in the House, which reconvened after a three-month break, on Tuesday, said that this move will aid in having an honest conversation on the bill devoid of political and religious sentiments.

Mr Bagbin stated that although it is important to have different opinions and views shape the Bill, people need to accommodate the views of others.

“So please let’s allow whether religious bodies civil society, academia or whatever to participate in the deliberations of this house. I know Ghanaians are expectant, and I know we have over 100 petitions before the legal affairs committee.”

In August, eight parliamentarians jointly submitted a private bill to push for the criminalisation of LGBTQ+ activities in the country.

JoyNews/AdomNews · Legal and Parliamentary Affairs’ debate on Anti LGBTQ bill, MPs’ vote to be made public

The proponents also want the promotion, advocacy, funding, and acts of homosexuality to be forbidden in the country.

Since the controversial bill was made public, opposers have argued that should it be passed into law, it will violate the fundamental human rights of individuals who identify with the group.

Many group’s including religious bodies, lawyers, and educators have all submitted petitions to support or oppose the bill.

Meanwhile, the Speaker of Parliament says the House will not tolerate any attempt to delay the process in getting the bill confirmed or otherwise especially since “the whole world is looking for the outcome.”

Mr Bagbin added that he is convinced the law that will be birthed from the debate will be one that will evenly protect the people, culture and values of the country.