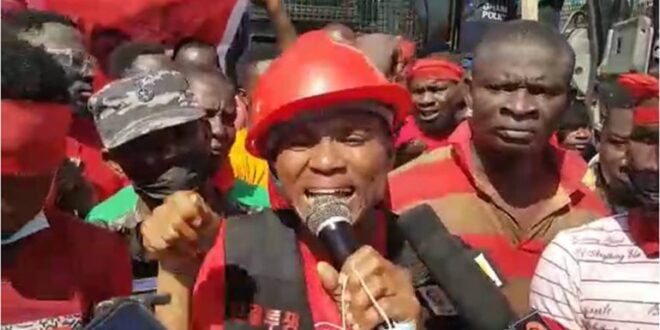 Parliamentary immunity is not license to commit crimes – Former Clerk

A former Clerk of Parliament, Samuel Ntim Darkwa, says Parliamentary immunity cannot be interpreted as a license for legislators to commit crimes.

He was commenting on the current impasse between the Police and Parliament regarding the attempted arrest of Madina MP Francis Xavier Sosu.

The MP has been slapped with charges, including destroying public property following what the police say is his refusal to honour their invitation.

On October 25, the MP led a street protest in his constituency of Madina to press home a demand for bad roads to be fixed.

He has since been a subject of police investigations for some acts that the police say amounts to crimes during the protest.

Speaker of Parliament Alban Bagbin, in a letter to the police and a statement, condemned the attempted arrest of the MP by the police.

He also indicated he could not release the MP to assist with investigations since Parliament is in session.
The basis of the Speaker’s view is Article 117 and 118 of Ghana’s constitution.

“117. IMMUNITY FROM SERVICE OF PROCESS AND ARREST

Civil or criminal process coming from any court or place out of Parliament shall not be served on or executed concerning the Speaker or a member or the Clerk to Parliament while he is on his way to, attending at or returning from, any proceedings of Parliament.

Commenting on the development, the former Clerk said this immunity is not meant to encourage the commission of crimes.

Mr Ntim Darkwa insisted MPs found to be committing crimes can be arrested and that the Speaker ought to be informed after such an arrest.

He explains the whole idea of immunity is to prevent the Executive from using arrests to reduce parliamentary numbers during crucial votes.

“Immunities and privileges for MPs are not licensed to commit crimes. On the contrary, they are supposed to prevent crimes to ensure peace. And, therefore, if a member of Parliament is caught committing a crime, I think that he can be restrained.”