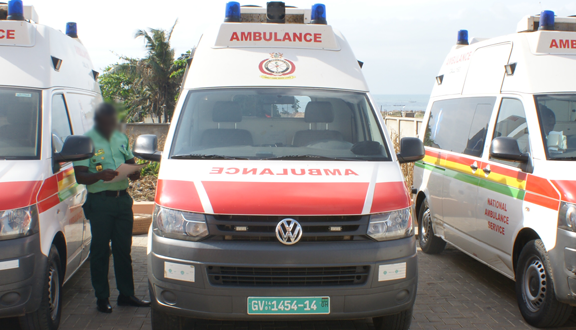 Parliament to probe death of woman over ‘negligence’ by Ambulance Service

Parliament has constituted a six-member bi-partisan committee to probe the death of Augustina Awortwe, who died in an ambulance while being transported from the Holy Child Catholic Hospital at Fijai in the Western Region to the Korle Bu Teaching Hospital in Accra.

The Committee has up to five weeks to conduct investigations into the incident and submit its report to the House.

Ranking Member on the Health Committee, Mr Kwabena Mintah Akandoh, who moved the Private Members Motion, called for investigations into circumstances that led to the death of Madam Awortwe when she attended the Holy Child Hospital on January 4, 2022.

He said after undergoing a caesarean section, she developed some complications and was referred to the Korle Bu Teaching Hospital even though the Effia Nkwanta Hospital and the Central Regional Hospital were close by.

“Mr Speaker, we have to know why that happened, if it is the case that these two hospitals did not have the capacity to handle such situation… as a House, we need to find an antidote to such problems to prevent their re-occurrence,” he added.

Mr Akandoh said before the ambulance started the journey the crew called the husband of the woman to demand GH₵600 for fuel but the “husband struggled to give them only GH₵50, which led to delays and eventually her death in the ambulance on the way to Cape Coast.”

The Minority Chief Whip, Alhaji Mohammed Mubarak Muntaka, seconding the motion, called on the House to take issues of such nature seriously and be responsive to the needs of the people, particularly concerning the protection of women and children.

He said the investigation of the incident would strengthen the oversight of the House and help to check public officers who were careless in the performance of their duties.

The Western Regional Minister, Mr Kwabena Okyere Darko, said the situation under consideration was a case of incapacity of the hospitals in the region, hence the need to transport the patient to the Korle Bu Teaching Hospital.

He said the report he received from the ambulance officer in Takoradi indicated that the fuel allocation for the ambulance was meant for the region and anytime they had to transport patients outside the jurisdiction, they requested fuel support from the families.

“Mr Speaker, I believe it is the policy gap in that area that needs to be looked at and fixed,” he said.