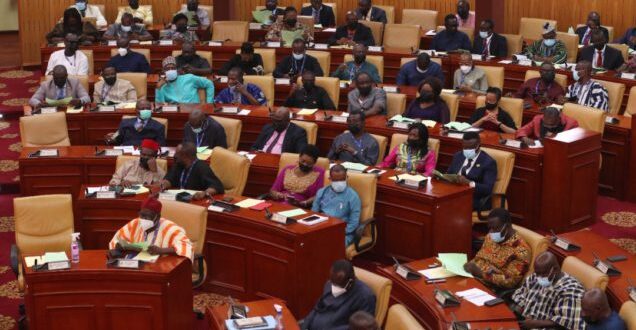 Parliament is expected to sit on Mondays which is not a usual parliamentary business day until the house rises on December 21, 2021.

The decision follows the seeming delay in the approval process of the 2022 budget occasioned by entrenched positions held by the two caucuses in Parliament on aspects of the budget.

The two sides have however pledged to build consensus towards the approval of the budget.

To make this possible, the President has directed all ministers and deputies to be present in Parliament to assist in the passage of the appropriation bill.

The Deputy Majority Leader, Alexander Afenyo-Markin announced the steps taken to ensure the passage of the Appropriation Bill.

“We have agreed to have sitting on Monday and have also extended sitting and the necessary support systems will be put in place to ensure the pleasure of members even as they labour for the ensuing period.”

“I want to assure you that we have discussed these things and even ministers have been whipped to make time for committee sittings.”

Meanwhile, the controversies surrounding the electronic transaction levy linger as some minority MPs have described the over GHC 241 Million allocation for revenue monitoring and assurance as dubious and needless.

Some Ghanaians and civil society groups have also expressed their misgivings about the said allocation.

For instance, the Chief Executive for IMANI Centre for Policy and Education, Franklin Cudjoe, has chastised the government over the allocation.

According to him, it doesn’t support the reasons given for the proposed levy.

“We tend to spend too much in this country to collect some of these taxes. And I think the government is compounding the problems of the e-levy just when some of us were beginning to understand some of the reasons given.”

“I think this GHS241 million allocation for this e-levy is needless. It flies in the face of the motive for this tax. So I’m appalled at this decision when in actual fact there is some supposed entity in place to do the collection.”