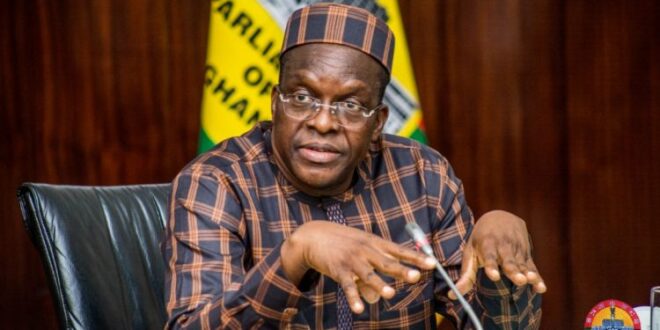 The office of the Speaker has issued a disclaimer following a publication in the ‘Daily Guide’ newspaper dated March 11, 2022, that the Rt. Hon. Speaker, Alban Bagbin has appointed an “NDC man”, Kofi Attor as acting Speaker.

“The ‘NDC man’ in question, according to a release from the Office of the Speaker, is a former Member of Parliament, and currently works in the Speaker’s Secretariat as a Senior advisor. The Speaker assigns to him and the team duties as and when necessary” the statement said.

“We wish to state that Hon. Kofi Attor is a former member of Parliament who currently works in the Speaker’s Secretariat as a Senior advisor. The Speaker assigns responsibilities to him and the Staff from time to time In all these, he has never been assigned responsibility as deputy speaker and those who caused the publication to know this.”

The office of the Speaker thus advised the public to ignore the mischievous message.

“The said publication is just one of the mischievous attempts to court public disaffection and ridicule of the speaker and bring him into disrepute.  The public is advised to ignore the mischief that was intended.” 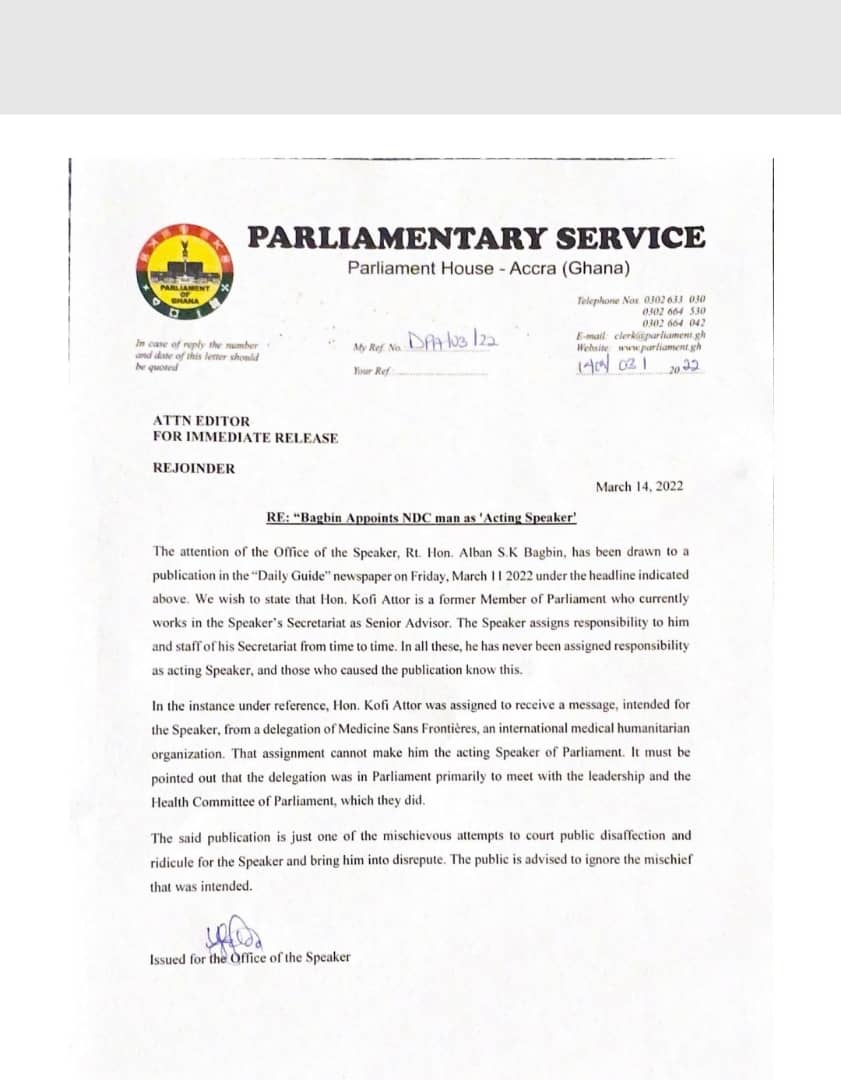