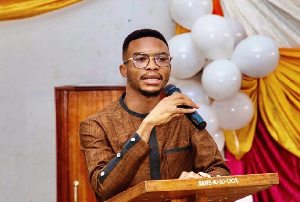 The National Union of Ghana Students (NUGS) has thrown its weight behind the University Teachers Association of Ghana (UTAG) over its strike action which begins today Monday, January 10, 2022.

In an interview with Accra-based Joy FM, Secretary of NUGS Julius Kwame Anthony indicated that it was long overdue for government to prioritize the welfare of university teachers by resolving issues surrounding their conditions of service.

He stated that the government had not been fair in its dealings with UTAG thus warranting NUG’s support for the strike.
“Our position is simple. UTAG has been on these demands partly since 2013, and other issues came up from 2019 till this point. And speaking of the immediate issues, when they went on strike last year, we responded by calling on them to return to the classrooms so that the academic calendar which had already been frustrated by COVID and all that, those issues could be completed. They acted in good faith and heeded to those calls and went back to negotiate with government,” he said.

Julius Kwame Anthony observed that, “what we see is a situation where government has taken an entrenched stance on most of these things, which shouldn’t be the way to go. Because if UTAG agrees to call off the strike in the interim, why is it that up till now, the 2013 interim market premium, which had been frozen, even that had not been released, so that at least, the teachers could be working with that.”

He added that, “All those conditions have not been met, and we feel that there’s a lack of commitment on the side of government on solving those issues, and we feel that the only way forward is for us to back UTAG in making their demands, and when they get it, we all resume. We can’t continue the back and forth anymore”.

The University Teachers Association of Ghana (UTAG) has effective today Monday, January 10, 2022, embarked on a nationwide strike action to press home their demand for improved conditions of service (CoS).

UTAG from last year has been lamenting the worsening conditions of its members and followed through with some demands on government.

In its latest press release dated January 8, the group decried the government’s inability to implement as well as meet timelines agreed upon during negotiations as part of efforts aimed at improving the conditions of service of lecturers.

The group is demanding for government to restore members to the 2013 Interim Market Premium of 114% of Basic Salary in the interim whilst Government goes ahead to formulate guidelines to implement the appropriate recommendations to address the CoS of the University Teacher.

It will be recalled that UTAG embarked on a strike on August 2, 2021, to protest what they said was their poor conditions of service.
Among other demands, the university teachers have been asking government to peg the pay of entry-level lecturers at $2,084.

The strike which lasted for some two weeks was called off after UTAG and the government of Ghana signed a Memorandum of Understanding tocpave way for negotiations.

Months down the line, some UTAG officials have accused the government of showing bad faith as it failed to honour their demands.