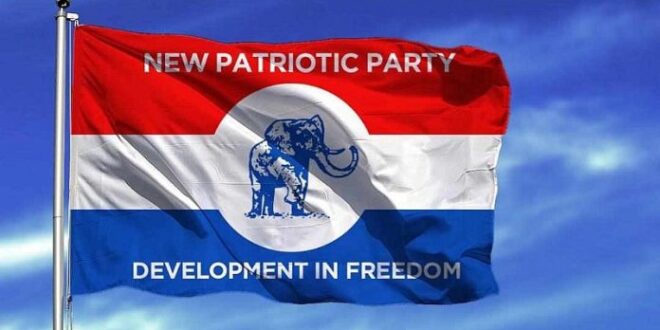 It appears the New Patriotic Party’s Constituency elections which was held between Thursday 28th April through to Monday 2nd May 2022 did not favour some persons said to be assigns of the incumbent Ashanti Regional Chairman, Bernard Antwi Boasiako.

Over 70 percent of Mr. Boasiako’s candidates have lost their seats to new entrants, according to a purefmonline.com report. This appears to suggest the gloves are already off as campaign to unseat Wontumi – as he is affectionately called – gathers momentum.

The news portal said its visit to over 38 constituencies indicate a resounding victory for candidates of Odeneho Kwaku Appiah (COKA), a strong contender of Wontumi.

Out of the 41 constituencies which have voted, Wontumi’s candidates, both incumbent and new entrants who contested in the region, unfortunately lost

Strangely, in his(Wontumi) own backyard, Bosomtwi constituency, he lost 6:4 to COKA’s team respectively. Also in COKA’s constituency, Afigya Kwabre South, he was given a resounding victory of 10:0 as persons perceived to be Wontumi’s candidates lost.

During our visit to the election centres, there were cheers from the crowd(COKA b3ba), meaning literally as COKA will come,-  as winning teams are announced in their favour.

With the exception of Manhyia North, Atwima Kwawoma, Mampong and Kumawu, that are yet to vote because of pending court cases, the remaining constituencies fell for COKA which makes it quite difficult or almost impossible for the incumbent chairman to retain his seat.

The party is supposed to elect a total of 420 officers. However, 418 have been elected with 2 positions currently suspended. Further Explanation:What this translates to is that about 82% of the Newly elected officers are from areas strongly dominated by the incumbent regional chairman-Wontumi, whereas 8% of the incumbent who retained their position are also believed to be on the side of his contender, Odeneho Kwaku Appiah.

Some of the Newly elected Executives who spoke with the media indicated that the regional Chairmanship contest was between Odeneho Kwaku Appiah and Bernard Antwi Boasiako.

When asked why they arrived at such a conclusion they said;”The party must reorganize early enough for the 2024 General elections.

Involving all the new regional chairman contestants is a complete waste of everyone’s time. Our focus right now is the two contestants, and that’s what we’re going to decide on.

The New Patriotic Party, NPP will hold its Regional Executives Elections is scheduled for May 27, 2022 barring any last minute changes.