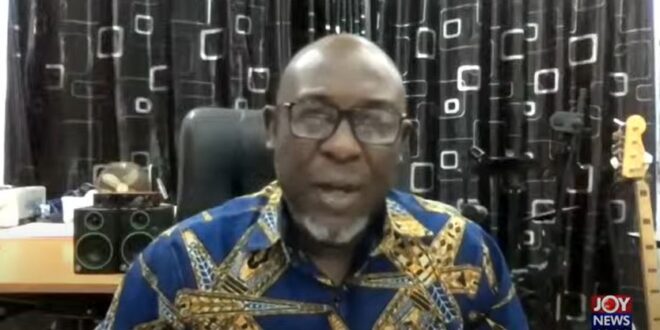 Vice President of IMANI Africa, Kofi Bentil, has said that Ghanaians should accept as normal, the fact that judges have political leanings.

According to him, despite their political leanings, the absolute majority of judges base their rulings on facts and evidence presented in the law courts, not on their political persuasions.

This he said should therefore, not lead to the prejudicing and ridiculing of judges for their political leanings.

Speaking on JoyNews’ Newsfile, Saturday, he said, “We should be normalizing the fact that judges have political leanings. I don’t know why we keep making that such a difficult issue. And we should be normalizing the thought that regardless of a judge’s political leaning, his or her judgements are based on the law, facts, evidence. And we all know judges.

“I’m telling you that almost every judge that I know, makes decision based on the law and evidence and the facts regardless of their politics. So this whole thing about a judge has a political leaning, it is politicians who appoint judges and no sensible politician will appoint a judge who is not of his fraternity.

“But we know the judges, when they’re appointed, that they sometimes rule against their friends. So we should be normalizing, not making it look like it is a crime for a judge to have a political leaning and even to express it at certain places, especially private situations.”

Referring to Madina MP, Francis-Xavier Sosu’s remark about ‘political judges’ he noted that Sosu’s comments, though could have been avoided, is in no way injurious to the reputation of the judiciary.

According to him, “we are dealing with a situation where the perception of Sosu as a politician and as an activist politician, is being taken beyond the point and not the fact of what he said. I think Sosu should have been more circumspect and maybe, avoided this kind of controversy leading to all these kinds of discussions.

“But what did Sosu say? He said if you make yourself a political judge, then you’ll be judged as such. There is no problem with that. And the irony is that I spoke to one judge who said they don’t see where the problem is, and they the judges have a problem with their colleagues who are political judges, because they taint all of them.”

He called for Francis-Xavier Sosu’s words to be examined carefully and not mistaken as an attack on the judiciary.

“So what Sosu said, and we are lawyers, we pass words, we take issues, we draw them out, we pull out meanings, so why are we not doing it to this? He said if you make yourself a political lawyer you will run with the political system and let nobody kid yourself, look, they removed the EC Chair.

“If people are in power, they have everything they need to remove any judge. Whether they do it by fair or foul means, by the legal route or illegal route or some other route, power is power. So let us be clear about these things,” he said.

He reiterated that despite judges having political affiliations, their verdicts are in no way affected by their political persuasions.