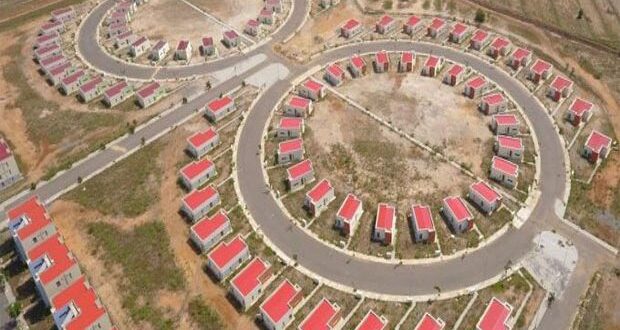 In the evening of October 31, 2012, Ghana’s Parliament witnessed a heated debate. It was over approval for a $200 million loan agreement.

This was to be used for the construction of some housing units.

Then Minister for Finance, Dr. Kwabena Duffour had asked for approval of the credit agreement between Ghana and Credit Suisse International.

His request was to satisfy the constitutional requirement under Article 181 of Ghana’s constitution.

The provision empowers the legislative arm to authorize Government to enter into a loan agreement, as well as approving same.

James Klutse Avedzi, then Chairman of the Finance Committee took to the floor to present a report. Parliament had tasked a Joint Committee, comprising the Works and Housing and Finance Committees, to look into the agreement.

Mr. Avedzi first asked Parliament to set aside its rule requiring that no motion shall be debated until at least forty-eight hours have elapsed between the date on which notice is given and the date on which the motion is moved.

This request was seconded by then MP for Old Tafo, Dr. Anthony Akoto Osei and approved by the House.

Mr. Avedzi urged the House to also approve the agreement, arguing that it was in the interest of the nation.

“The Committee finds that the project would be of immense socio-economic benefits to the public servants of Ghana as well as provide employment to the teeming youth,” he stated.

Under the terms of the credit facility, Ghana was to receive an amount of $200 million. The country was also to get a grace period of 2 years and repayment period of 5 years at a 12.5 per cent interest rate per annum on the cedi equivalent of the USD loan amount based on USD:GH¢ exchange rate fixed at drawdown.

The Joint Parliamentary Committee said this rate was far lower than Treasury bill rate at the time. The project was touted as key to fixing Ghana’s housing deficit which stood at 1.7 million at the time.

The funds to be approved was to be utilized by Construtora OAS Limited to construct 5,000 housing units in 18 months.

The Committee said it had carried out due diligence and found that the company had built over 41,000 housing units across Brazil.

The completed houses were to be sold via mortgages to be offered by Ghana Home Loans. This comprised of 2-bedroom and 3-bedroom flats costing $29,000 and $57,000 respectively.

This cost, the Committee told the House did not cover financing cost and cost of land and infrastructure. The Committee argued that it made business sense since the total debt to be serviced was estimated to be $249.6 million while total sale proceeds of the housing units will bring in $257.27 million, with a profit of $1.8million.

“A construction technology system which consists of strong yet lightweight, interlocking forms made from fire retardant expanded polystyrene (EPS). Once the forms are constructed, the structure is filled with a self-compacting concrete to form a high performance monolithic concrete wall with steel reinforcement. Building with ICFs dramatically reduces the time and cost of construction and offers huge advantages in energy saving, fire safety, thermal efficiency and acoustic performance –– And is also found to be the greener, more sustainable choice”, he explained.

He assured that the Committee expects the project to be completed in 2 years after the commencement of work.

He then urged the House to approve the agreement.

Again, MP for Old Tafo on the ticket of the NPP, Dr. Anthony Akoto Osei seconded the motion.

He told the House that, “…the opportunity to be able to pay the interest in cedi terms at 12 per cent is a bit novel, in the sense that if we go and borrow now commercially, we would not get anything less than twenty something per cent.

“….I have no real problem with this particular project. Aside the financing terms, I believe the team headed by Hon Edem Asimah and other Hon Members has at least, convinced those of us who are not technical people in housing that the technology is very good. That is the basis upon which this Committee has come up with this Report.”

Member of Parliament for New Juaben North (on the ticket of NPP), Hackman Owusu-Agyemang was the first to raise concerns about the agreement.

He insisted that the project will not deliver affordable housing as his analysis showed that the $29,000 and $57,000 cost announced by the committee was expensive.

“Mr Speaker, I cannot for the life of me, with the experience and what I know about these things, see how this project can be proposed,“ he said.

He added that, “Mr Speaker, I do not think there has been due diligence as far as value for money is concerned. I would want the Honourable Minister to come again to convince this House that this is indeed, the cost and that this, at the end of the day, is beneficial to Ghanaians.”

“I would want to suggest that they must go and do due diligence on this. Approving this and offtaking it on the people of Ghana would not be a good proposal, neither will it be in the interest of the economy generally, because at the end of the day, this panel thing, gives up very easily.”

Then Minority Leader, Osei Kyei Mensah Bonsu took the floor next.  He agreed with the points canvassed by his colleague.

Despite admitting that the nation needed to deal with the housing deficit, he passed this verdict on what had been laid for approval.

“Mr Speaker, let me rest my case, but it is not tidy; this agreement is not tidy at all.”

MP for Sekondi, Papa Owusu-Ankomah was the next Minority MP to speak.

“Mr Speaker, sometimes in taking some of these decisions, the weight of that decision must really influence us. If we were using our own private resources to do this, would we be prepared to do that? So if we have USD200 million and we can even get conventional homes for half the number, would that not be better, would that not be a better risk for us, rather than basing our decision on a technology that is only known in Ghana and has been in existence for seven years?”

He was interrupted by E.T Mensah, then Minister for Works and Housing.

He clarified that the houses were not being built at a go but rather over a period of time.

Mr. Ankomah resumed his speech but was interrupted yet again by Dr. Anthony Akoto Osei. Dr. Osei pointed out that Ghana was not opting for a technology that had not been tested.

Mr. Ankomah resumed his speech and described his colleague’s intervention as not adding anything contrary to the point he had made.

NDC MP for Yapei/Kusawgu, Alhaji Seidu Amadu took the floor and insisted that the proposed technology was good for the country.`The question on whether the agreement should be approved by the House was asked and the agreement got an approval.

When the Majority Leader, Cletus Avoka signaled for another item to be taken, the First Deputy Speaker, Ebo Barton Oduro had this to say, “Honourable Majority Leader, I said I do not want any controversial motion”.

Current status of the project

Per documents filed by the Attorney General’s Office in the case against former Government/Public Officials and two businessmen, only 668 housing units out of the proposed 5,000 have been completed.

The AG says these houses are not habitable.

The AG adds that despite spending a total of $196 million on the project, the work at site is only worth $64million.

Meanwhile, the state is yet to repay the $200 million credit facility secured nearly a decade ago.