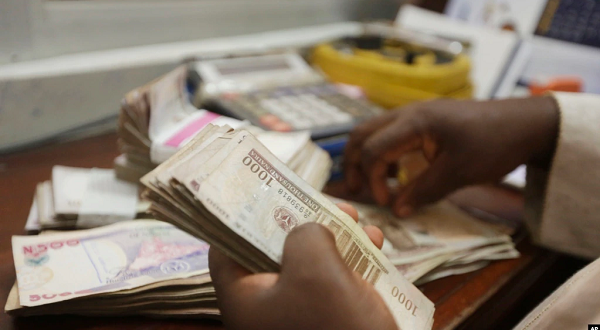 A clergyman of Nigeria’s Methodist Church has revealed the church paid a ransom of nearly a quarter-million dollars for his release.

Gunmen abducted the prelate Sunday while he was travelling in Nigeria’s southeastern Abia state. The payment comes as Nigeria’s president is expected to sign a bill punishing those who pay ransoms with up to 15 years in prison.

The prelate of the Methodist Church of Nigeria, Samuel Kanu-Uche, made the announcement while briefing journalists in Lagos on Tuesday, soon after his release.

He had been received by a cheering crowd of church members and immediately held prayers at the church before the briefing.

Kanu-Uche said the church paid about $240,000 as ransom to his abductors to secure his freedom and that of the two pastors travelling with him.

Eight armed men ambushed them on their way to the airport in Abia state on Sunday, shooting sporadically at their vehicle before taking them hostage. The clergymen’s driver and one other church member escaped the assault.

Kanu-Uche said the kidnappers showed them the rotted bodies of previously kidnapped victims who could not raise ransom payments and threatened to do the same with him.

Nigerian authorities have yet to comment on his release. But officials have repeatedly objected to paying ransom for kidnap victims, saying the payments make the abductors more powerful.

“They would not have released them if that was not done, it wasn’t the security that intervened,” he said. “How effective will that law be when security agencies are not doing their best? What is the law for those who kidnap and demand for ransom?”

Armed groups and criminals have kidnapped hundreds, possibly thousands of people for ransom across Nigeria over the last two years. UNICEF says the number includes at least 1,500 students abducted in northcentral and northwestern Nigeria since late 2020.

In an effort to curb the abductions, the Nigerian Senate recently approved legislation that would punish ransom payments with up to 15 years imprisonment.

The bill would also punish kidnapping with a death sentence if the abductee dies in custody.

Rights groups and families of kidnapped victims continue to protest the measure. Among them is Abdulfatai Jimoh, a spokesperson for the families of passengers kidnapped from a train in Kaduna state in late March.

“It’s an abnormal bill, abnormal in the sense that in a country where such a bill can exist should be a country that has a law in place that when anybody is kidnapped, that person must be rescued within 48 hours. Without anything like that in place there’s no way they can stop anybody from paying ransom,” he said.

Nigerian President Muhammadu Buhari has yet to say whether he will sign the bill into law.