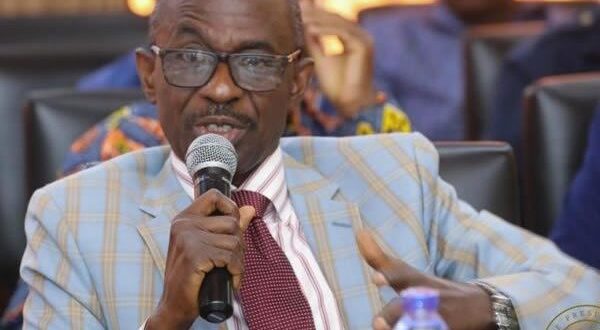 The petition, signed by the General Secretary of the NDC, Johnson Asiedu Nketiah, said persons found culpable after the probe should also be prosecuted.

“I write on behalf of the National Democratic Congress to petition your office to institute criminal investigations into and prosecute persons culpable in the illegal printing of over one million excess presidential ballots meant for the Ashanti Region at Innolink Printing press, one of the seven security printing firms contracted by the Electoral Commission to print election materials for the 2020 presidential and parliamentary elections,” a portion of the petition said.

The party said its petition was occasioned by the fact that there had not been any update on investigations on electoral malpractices and violence that characterized the election and voter registration exercise.

“As you aware, the 2020 Presidential and Parliamentary elections were characterised by various acts of violence before, during, and after elections. Indeed, for the first time in Ghana’s electoral history, at least one person lost his life during voter registration and as many eight others lost their lives in incidents of gun violence involving security personnel with several others sustaining various degrees of injuries.

“We contend that the failure on the part of the police to deal decisively with such heinous crimes portends clear dangers for Ghana’s democracy that all well-meaning Ghanaians and development partners should be concerned about. It is for this reason that we request that the Ghana Police Service provides us updates on the state of investigation and prosecution.”

The NDC has consistently said there was over-voting in the 2020 general elections.

The Electoral Commission (EC) last week urged the Ghana Police Service to investigate claims by former president John Mahama that there was over-voting in the 2020 general elections.

A Deputy Chairperson of the EC in charge of Corporate Affairs, Dr. Eric Bossman Asare, disputed the claim and appealed to the police to immediately investigate it.

“The former president has said that the EC thumb printed one million ballot papers in favour of the President of the Republic [Nana Akufo-Addo]. This is untrue… This is not a matter that should be ignored, and we call on the Ghana Police Service to investigate it… This is a great matter that undermines the credibility of the electoral process and should not be ignored. We call on him to provide evidence to support this claim,” he stated.

This is coming in spite of the fact that the party lost the election petition at the Supreme Court that sought to challenge the legitimacy of the presidential results and the subsequent winner.

The NDC already has some court cases challenging the outcome of some parliamentary seats declared in favour of the NPP.