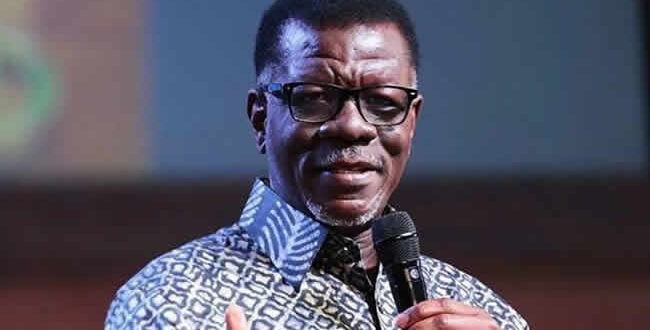 National Cathedral: ‘Otabil has left Board of Trustees due to illegalities happening’ – Ablakwa

Founder of the International Central Gospel Church (ICGC), Dr Mensa Otabil, is reported to have abandoned his work on the National Cathedral Board of Trustees.

This revelation is according to the Ranking Member on Parliament’s Foreign Affairs Committee, Samuel Okudzeto Ablakwa.

Speaking on JoyNews’ The Probe, Mr Ablakwa asserted that the desertion of the theologian is due to the illegality being perpetrated by the Akufo-Addo government on the project.

“There is quite an uneasy calm among the Board of Trustees. And I can confirm to you that one imminent priest has walked away from the Board; the revered Dr Mensa Otabil is no longer with them.

“The whole year, he has not attended any of their meetings. It is not clear what his intention was, but he has given indication that all is not well,” he told host Emefa Apawu on Sunday, June 12.

For the past one week, the MP has accused government of siphoning public funds to facilitate a project it propagated as a personal and private pledge.

So far, the North Tongu MP has put out documents showing that an amount to the tune of GHS 200 million has been dished out to the construction of the project.

These monies, he said, were dished out without recourse to parliamentary processes or strict public procurement practices.

He added that the inclusion of the National Cathedral’s Executive Director on the role of Presidential Staffers also flies in the face of the law.

“When you go through the list of Board of Trustees, this gentleman [Dr Paul Opoku Mensah] who has been enlisted here as the Executive Director of the Secretariat, a Secretariat presented as a private entity has also been enlisted as a Presidential staffer and his position there is Overseer of the National Cathedral.

“Why is the Ghanaian taxpayer paying somebody who works for a private board of trustees?” he quizzed.

This among other circumstances, the North Tongu MP has described as illegal and unacceptable.

“It is wrong and it is against our Public Financial Management Laws,” he stressed.

He further noted that the opaqueness surrounding the ongoing project is mind-blowing.

“Government’s conduct lacks transparency and humility and the heights of lawlessness. I am deeply worried that these imminent priests who have collectively united this nation have been put together by President [Akufo-Addo] and is engaging in this lawlessness,” he stressed.

Considering this, Mr Ablakwa said it is time for government to come clean on the position of the project.

“You don’t build a National Cathedral based on lies and deception,” he stated.