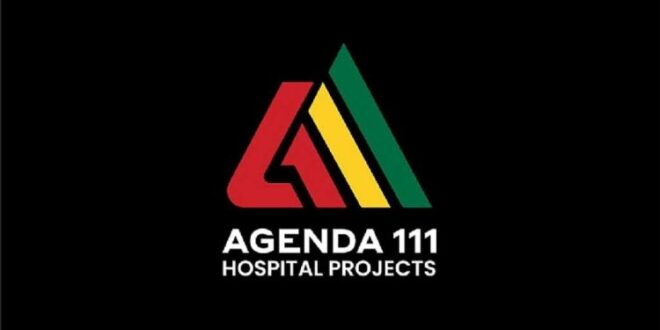 The Minority in Parliament is asking for accountability for monies spent in the implementation of the government’s plan to build 111 hospitals across the country.

The Minority in a statement noted that the plan, christened Agenda 111, has already been backed with GHS600 million despite being launched on Tuesday, August 17, 2021.

This allocation is captured in the 2021 mid-year budget review in addition to GHS36 million released for the payment of consultancy fees, design, project management and coordination.

The Minority is however concerned that there are no details for the expenditure.

“We are of the view that, barring corruption, it is highly untenable for government to spend such a colossal sum on a project for which we are told no mobilisation will be paid to contractors before the commencement of works.”

The Minority is also worried that insufficient money is being allocated to the project.

The Minority noted that a standard WHO district hospital government requires about $40 million for construction.

“Interestingly, although an allocation of GHS1,476 million was made for the provision of Health Infrastructure or Agenda 111 projects, the amount has been slashed by almost half to the current allocation of GHS779 million. How government expects to construct 101 district hospitals from GHS 779 million is a puzzle.”

Thus, the Minority wants to know the government’s source of funding for Agenda 111 year by year.

“We are raising issues of funding because of the plethora of abandoned and in some cases never-ending health projects littered across the country,” it explained.

Until these concerns are addressed, the Minority said it will have “doubts as to the government’s commitment to implementing Agenda 111 and also protecting the public purse.”

The President cut sod for the commencement of the project on Tuesday at Trede in the Atwima Kwanwoma District of the Ashanti Region.

Agenda 111 is the culmination of a pledge to improve healthcare infrastructure after the country dealt with the pressures of the coronavirus pandemic.

Despite the allocations indicated in the budget, the government said it has already set aside $100 million as commencement funding.

The government expects the projects to be completed within 18 months.

So far, sites have been identified for 88 of the 111 hospitals.