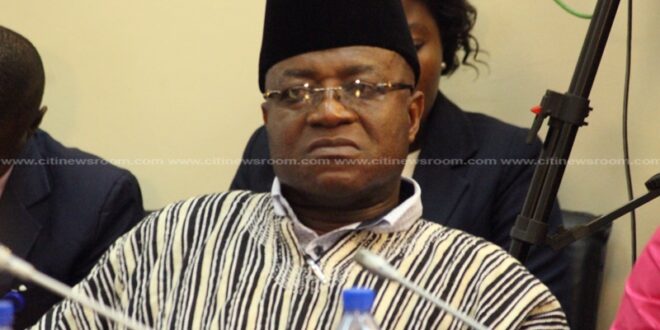 The Majority Caucus in Parliament has refuted claims it leaked the purported medical records of the Speaker of Parliament, Alban Bagbin.

“The Majority Caucus, to avoid doubt, has no interest in such an irresponsible deed,” it said in a statement.

The Majority also said it was shocked by such “spurious allegations”.

“Indeed, to protect the Speaker’s integrity, the Chair and the Parliament of the Republic of Ghana, we find the said publications unfortunate and unwarranted, and we condemn them accordingly,” it added.

“However, if the persons behind the publications intend to set the Speaker and the Majority Caucus in the Parliament of the Republic of Ghana on a collision course, we would not hesitate to offer the appropriate response” it noted.

“By this statement, the Majority Caucus also wishes to clarify that the Majority Leader, Osei Kyei-Mensah-Bonsu, has not taken a dime from Parliament to seek and or receive medica attention in Dubai.”

“There is no scintilla of truth in the allegation, and it should, thus, be disregarded entirely for its spuriousness and hopelessness,” the statement said.

Mr. Bagbin left the country on November 27, 2021, for a medical review in Dubai in the United Arab Emirates (UAE).

He is expected back in Accra on December 14.