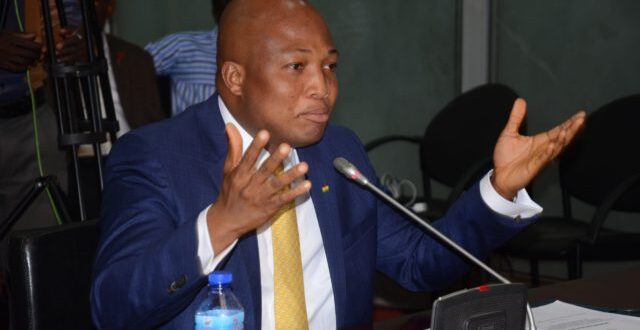 Ranking member on Parliament’s Foreign Affairs Committee and Member of Parliament for the North-Tongu constituency, Samuel Okudzeto Ablakwa has affirmed the willingness of Parliament to probe the allegations of visa sabotage against some MPs, for their stance against the legalisation of LGBTQI in Ghana.

Speaking with Ernest Kojo Manu on Joy News’ Top Story on Friday, the concerned legislator intimated that, it is disappointing for an embassy to victimise Parliamentarians for opposing gay rights in Ghana. According to him, such an act flies in the face of diplomatic courtesies and violates the treatments deserving of MPs who hold diplomatic passports.

According to him, such developments, if proven to be true can also destroy diplomatic ties and ignite unnecessary cold wars amongst countries.

He therefore disclosed the preparedness of the Minority to delve into the allegations and tackle the current development head-on.

‘… Absolutely! I can confirm to you that all kinds of discussions have already begun behind the scenes. We have also made contact with the Right Honourable Speaker’s Office and this is a matter that the Speaker too has a very serious view of, and when the House resumes, you can expect that the legislative arm of government will not take this matter lightly. We will let these embassies know that our work must be done without fear or favour. Visa considerations cannot be weaponised and used against us …’

Mr Ablakwa’s comments come on the back of earlier concerns where the Member of Parliament for the Tamale North Constituency, Alhassan Suhuyini was reportedly denied entry visa to the Netherlands, with the explanation that he will not return to Ghana.

The aggrieved lawmaker, Alhassan Suhuyini has since described the response from the Netherlands Embassy as an act of ‘gross disrespect’, and has gone ahead to make an appeal to the embassy.

He has also announced his plans to lodge a formal complaint to the country’s Ministry of Foreign Affairs to deal with the issue.