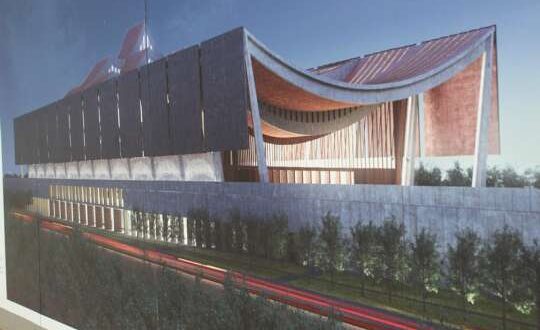 Officials of Waterstone Realty Limited, the company accusing the government of indifference and threatening a lawsuit to recover compensation over its office complex which was forcibly demolished to make way for the construction of the National Cathedral, say the option to seek justice in court appears the only one left.

“Going to court is what we are currently deciding on. We have had a couple of meetings yesterday and today with our legal team to decide the appropriate time to go to court. That is if we still do not hear from government. It is our last option”, Abdul Hafiz, in-charge of works at Waterstone Realty told Graphic Online on Friday.

According to the company, since being ejected from its two-storey, multi-purpose building adjacent the Physicians and Surgeons complex at Ridge, no compensation has been offered, while a promise by government to relocate the company has not been honoured.

The only real attempt at resolving the matter, according to the company, has been for the government to allocate a building as replacement, but as it turned out, Waterstone Realty has not been able to take possession of it because it is housing a state institution, the National Investigations Bureau (NIB).

According to the company, the government in late May 2018, wrote to request that it vacates the two-storey multi-purpose building at Ridge within one month to make way for the National Cathedral project, declining a plea for the extension of the ultimatum.

It was subsequently razed, along with others housing a number of state institutions.
Not only did the company lose its offices, it also lost business as a result, however, all entreaties to the government to honour its side of the bargain have fallen on deaf ears, leading to the current threat to go to court.

The company said it recently petitioned the Attorney General’s office to intervene in the matter, however that has also yielded no antidote.

At the time the government demanded vacation of the building, Waterstone Realty says it had rented the complex out to a tenant for $84,000 per year, for which reason it had to refund $54,000 to the tenant. 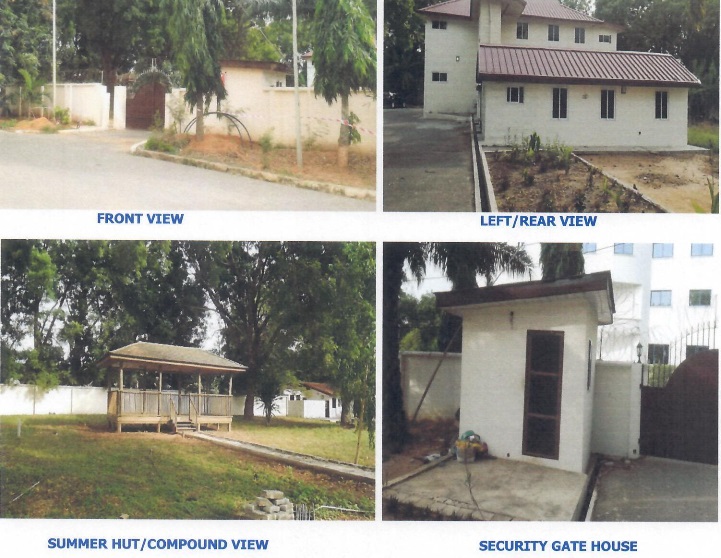 A profile of the building before it was razed.

Background
Per letters exchanged between the government and Waterstone Realty Limited, and other documents we have sighted, on May 30, 2018, the then Minister of Lands and Natural Resources, John-Peter Amewu, wrote to the Chief Executive Officer (CEO) of Waterstone Realty Limited informing him about the decision of the government to take over the property for the construction of the National Cathedral.

“Being an occupant of a portion of the said land, which would be affected by the construction, the Ministry of Lands and Natural Resources wishes to engage with you towards the smooth relocation of your outfit/property to pave way for the demolition and subsequent construction of the Cathedral project.

Due to the urgency of the Cathedral project, it is expected that the site will be vacated by 1st July, 2018 to enable vacant possession to be given to the contractors,” the letter indicated.

On June 4, 2018, Waterstone Realty responded to the Minister’s letter and pleaded for an additional one month to enable its tenant, who was using the building as a business premises, relocate to another place, but this was rejected by the government.

After vacating the property, Waterstone Realty wrote to the Minister of Lands and Natural Resources on September 12, 2018, to inquire about when it would be compensated.

The company, in the letter, pleaded with the government to compensate it urgently to prevent further loss of employees and impacting negatively on its business.

The then Acting Technical Director of Lands at the Ministry of Lands and Natural Resources, James E.K Dickson, responded to the letter on October 8, 2018 and assured Waterstone Realty that the government would soon address its concerns.

Allocation of new property
Consequently, the then Executive Secretary of the Lands Commission, Sulemana Mahama, on August 12, 2020, wrote to Waterstone Realty Limited, informing the company of an allocation of another property on a plot of land, measuring 1.26 acres of land at the Ridge residential area, to replace the one that was compulsorily acquired by the government for the construction of the National Cathedral.

Waterstone Realty, in a letter of acceptance dated August 14, 2020, accepted the land, and paid the required administrative fee of GHC1,500.

Inability to possess property
However, on March 3, 2021, lawyers for Waterstone Realty Limited wrote to the Minster of Works and Housing about its client’s inability to take possession of the new property because it was already being occupied by another company.

The letter was copied to the Minister of Lands and Natural Resources, the Executive Secretary of the Lands Commission and the National Cathedral Secretariat.

There was no response from the government, which made the lawyers for Waterstone Realty Limited, to follow up with another letter dated May 20, 2021, to the Minister of Works and Housing, to drum home the unfair treatment meted out to its client.

“The question is, does it honour God to expropriate our client’s property for a National Cathedral Project without prompt payment of compensation?’’ the letter queried.

Once again, the government failed to respond to the letter, and this prompted the lawyers of Waterstone Realty to inform the Attorney–General (A-G) about its client intention to sue the government to enforce its right.

The letter to the A-G, dated October 1, 2021 stated that the new building allocated to Waterstone Realty as compensation was being occupied by the National Investigations Bureau (NIB).

The lawyers of Waterstone Realty followed up with a petition to the A-G on November 4, 2021 about the unfair treatment meted out to its client and the potential for it to generate into judgment debt against the state.

“We are by this petition being a citizen and not a spectator to bring to your high office the canker of indifference leading to a potential judgment debt,” the petition to the A-G read.