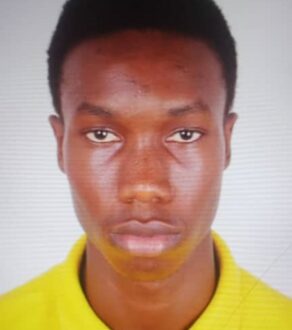 A second-year Biological Sciences student of the Kwame Nkrumah University of Science and Technology (KNUST) is said to have been pursuing a friend for him to pay his debt, but in order to avoid paying the debt he owed, the friend is said to have lured the student into a bush and killed him.

Graphic Online’s Kwadwo Baffoe Donkor reports from Kumasi that the police have arrested the said friend, Emmanuel Boateng, 25, for alleged murder and robbery

The deceased has been identified as 22-year-old Kwaku Adu Gyamfi.

The suspect allegedly lured the deceased to a bush near Sewua where he was said to have clubbed him to death and stole his mobile phone (iPhone 11 pro max).

Boateng was picked up by the police on Saturday, April 23, 2022 on preliminary charges of murder and robbery.

Boateng, a tailor apprentice is currently in police custody assisting in investigation.

Confirming the incident to Graphic Online, the Ashanti Regional Police Public Relations Officer, Assistant Superintendent of Police (ASP) Godwin Ahianyo said at around 5:30 pm on April 22, 2022, the police in Feyiase had information that a body was lying in a bush at Sewua.

He said the police together with the assembly member of the area and some traditional leaders proceeded to the scene where a male adult dressed in a red T-shirt and blue trousers was found.

He was identified as Kwaku Adu Gyamfi, a level 200 student of KNUST, who was lying dead.

He said an inspection conducted on the body revealed a swollen neck and blood oozing from the nostrils and a stick suspected to have been used to commit the crime lying about 200 metres away from the body.

According to the police, a preliminary investigation indicated that at around 9am same day, a friend by name Emmanuel Boateng, visited the deceased at his house at Esaso-Kwablafo near Esreso and they both went out together.

However, the deceased did not return until his body was found later in the bush.

Mr Ahianyo alleged that the suspect later told the police during interrogation that he owed the deceased some money which he was demanding to enable him prepare for school.

However, Mr Ahianyo said the suspect alleged that because he was unable to raise the money, he lured the deceased to the area of the incident under the pretext of going to show him a plot his mother was developing.

According to the police, when they got to the area, the suspect asked the deceased to sit and wait for him while he attended to nature’s call.

It was while the deceased was sitting down waiting for him that Boateng allegedly hit him with the stick on the neck and took his mobile phone away.

The phone has since been retrieved by the police from the suspect’s room and the body deposited at the Komfo Anokye Teaching Hospital morgue.