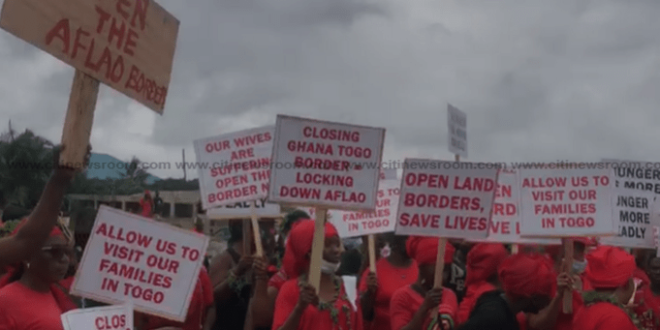 Thousands of residents in the Ketu South Municipality of the Volta Region on Friday, August 27, 2021, poured onto the streets to protest and demand the reopening of the Aflao border after months of closure.

The residents argue that air borders, which were closed together with land borders due to the outbreak of the COVID-19 pandemic, have been reopened, but there are no attempts to replicate same for land borders.

They are therefore calling on government to open the land borders since they play important roles in their economic activities.

Organizers of the demonstration ended the protest with a petition presented to the Chief Executive of the Ketu South Municipality.

In their petition, the protestors want “government to [in the interim] provide support for businesses and households at border towns even as they recover from the pandemic and the closure of borders”. 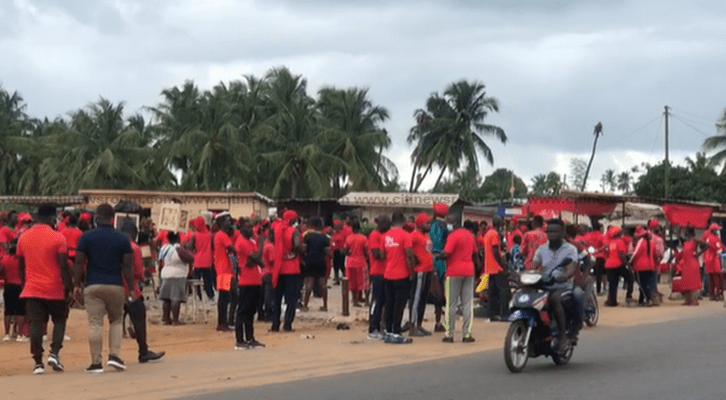 Addressing the gathering after a peaceful demonstration, the protestors accused the government of discriminating against people living along the border, as people come into Ghana every day via the country’s airports.

They want similar COVID-19 measures put in place at the airports to be replicated at the various borders. 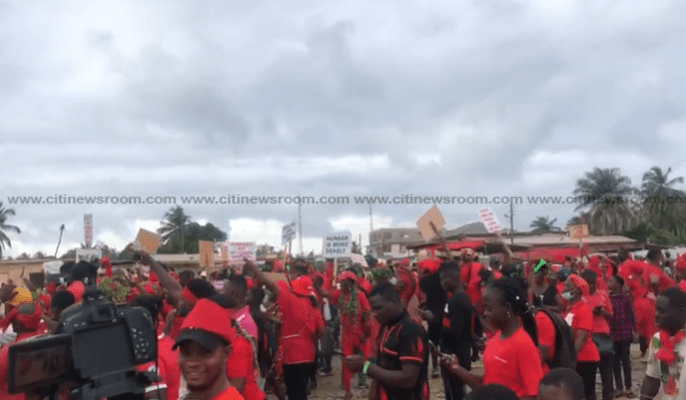 The convenor of the protest, Mr. Bright Dzila, in reading the petition, said: “The Government must strike a balance between containing the virus and maintaining the day-to-day economic activities that millions of Ghanaians living along the border depend on to survive”.

He added that “the pandemic and its resultant border closures, trade restrictions and confinement measures have affected the entire domestic food system of the border communities, most especially Aflao, therefore, threatening food security”. 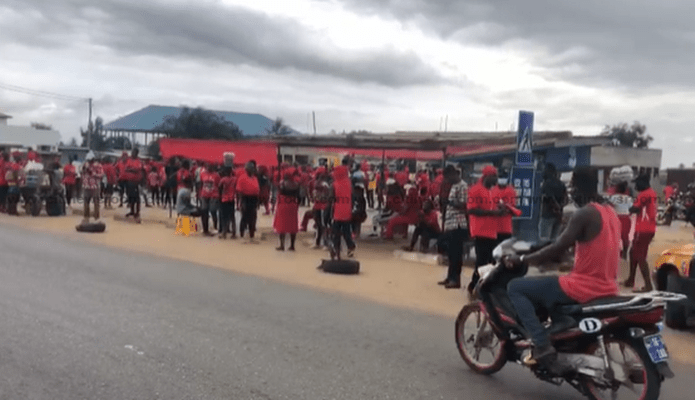 This, they say, has caused “a rippling effect on a dying local economy, reduced access to health care and job losses”. 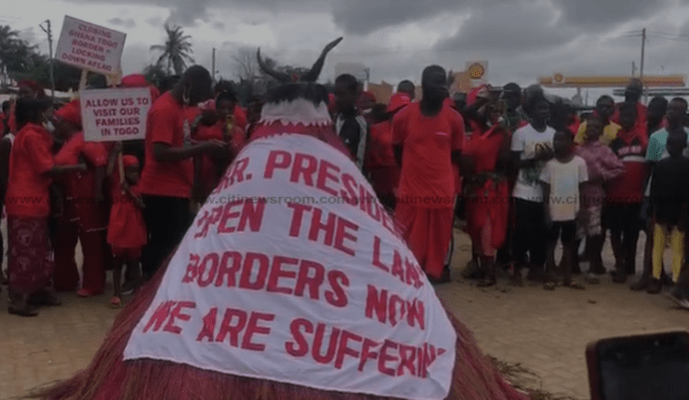